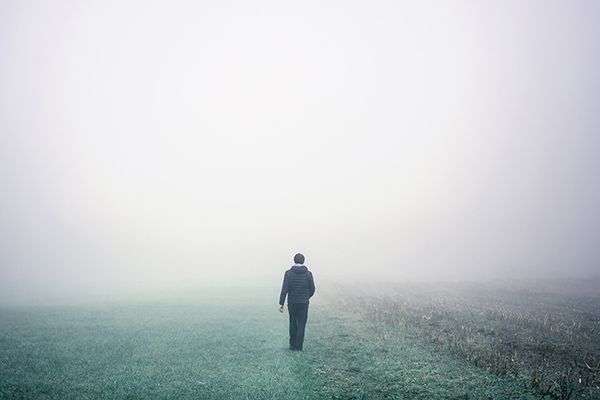 Just over 20 years ago, I stood on a pleasant green hill under a bright blue spring sky with a beautiful, wonderful woman whom I planned to marry. And I freaked out.

A few minutes earlier, on an old stone chair under a gnarled oak tree, I had asked a question. She had said yes. We were happy and in love, but as we walked down the hill toward her mother’s home, I thought about what I had just done—having made a decision that would affect the rest of our lives as well as all of eternity—and I came unhinged.

What if I had chosen wrong? What if I misjudged myself or her or the potential for our future together? How could I—as flawed and inexperienced and lacking in wisdom as I was—know enough to make such a history-altering choice? There was no telling what would come at us in the decades ahead; were we—was I—up to all that?

There were various reasons I was still single at age 29. Fear of decision was one of them.

I had met Christine Lawrence almost three years earlier after she spoke in our BYU student ward in the Clyde Building one Sunday. She gave a great talk, and I was inspired by it. That afternoon one of my more socially adept roommates suggested we visit the girls next door. As we entered the girls’ house, my roommate cheerfully engaged in pleasant social banter while I bumbled through a few awkward conversations, including the first words I ever exchanged with my future wife.

Encountering Christine between the living room and the kitchen, I told her that I liked her talk, and she asked what I liked about it. And I . . .  um . . . well . . . —I searched desperately through my mind for some lingering crumb, some insightful morsel. I stammered my embarrassment, but I couldn’t remember anything.

Although I blanked in the moment of inquisition, I had listened to her talk—indeed, I had taken notes, which I have since produced as evidence that I was sincere in my praise that afternoon.

Christine had based her talk on a BYU devotional address by John S. Tanner, then a BYU English professor and now the president of BYU–Hawaii. Among the notes I jotted that day was this one: “Faith is walking one step at a time—stepping into the darkness.”

Tanner titled his talk “One Step Enough,” taken from the hymn “Lead, Kindly Light” (Hymns, 1985, no. 97). He said “one step enough” became a motto for him and his wife through long, difficult, uncertain years of graduate school and young married life. He also told of his own parents’ journey of “heroic faith.” He said, “In stories like these it is easy—too easy—to see the faith and miss the fear. But you can’t miss the fear and trembling when it is your own history.”

I sometimes miss the fear in Moses’s story. When I think of Moses parting the Red Sea, I see a confident, bold Moses—looking very much like Charlton Heston—stretching his arms out and dramatically dividing the sea, a miraculous and wondrous deliverance for the children of Israel.

But there’s another version of this story that I have learned in recent years. It is apocryphal, so its truth is suspect or perhaps exaggerated, but it illustrates the “fear and trembling” that makes it a story of great faith.

In this retelling of the story, when Moses stretches his arms over the sea, nothing happens. The hosts of Israel stand there watching and waiting anxiously for deliverance, but it doesn’t come. The fear is real. Right behind them, temporarily halted by a divine column of fire, the armies of Pharaoh are threatening. Ahead of them, the impassable sea blocks the way. And Moses, their deliverer, has declared a miracle but nothing is happening. Some people begin to wail in fear and despair. Then someone takes a step forward.

And then the sea parts.

And so we come back to me, standing with Christine under a bright blue spring sky on that pleasant green hill, facing an uncertain future with fear and a keen awareness that failure is possible.

Looking back now, with the blessing of perspective, I can smile at that fear. I can see that through the last two decades, there have been many threatening waves as we have disagreed or hurt each other’s feelings or felt the pressures of life attacking us. There have been murky waters as we have struggled with decisions or not known how to help a child. There have been long dark nights as we have endured sickness and sorrow and the challenges of a daughter with disabilities.

But we have also learned the truth of “one step enough,” the hope that after this step—or perhaps the next one—there will be light, there will be at least temporary relief, there will be joy. And there we will find that love and faith have led us through. Like the Tanners, “one step enough” has become a motto for us; in fact the saying now hangs on our bedroom wall, reminding us that walking by faith does not mean we can see “the distant scene” (“Lead, Kindly Light”), but it does mean we trust that God can see it and that He will lead us there.

And now, looking back 20 years, I think that if he knew what I know, that young man on the hillside would perhaps feel less fear, not because the journey will be easy—it actually will be filled with more trouble than he can now imagine—but because it will also be filled with unbelievable joy and hope and love and light. But he doesn’t know what I know, and he does feel fear, and to remove that fear would also remove the opportunity for faith. And so I watch as she pauses on the hillside, takes his hands in hers, and calms his fears. And then, together, they turn and take one faithful step into their uncertain future. 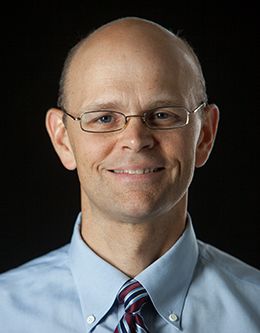 Jeffrey S. McClellan is the director of BYU Publications & Graphics, where he loves being a part of the team that produces BYU Speeches. He and Christine have two beautiful daughters. In 2018 he shared a part of their family’s journey of faith in a BYU devotional, “Thy Troubles to Bless.”