Finding Marriage in the Autumn of My Life 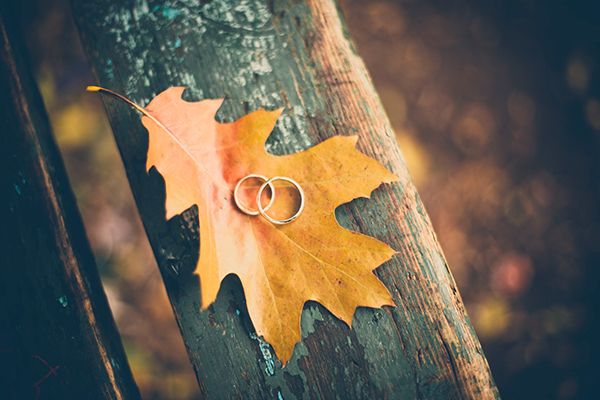 In early 2002, I heard Elder Dallin H. Oaks speak at a campus devotional about the importance of trusting in the Lord’s timing in our lives. I was in my mid-40s and had never married. Specifically, Elder Oaks explained,

The timing of marriage is perhaps the best example of an extremely important event in our lives that is almost impossible to plan. . . . Do not rely on planning every event of your life—even every important event. Stand ready to accept the Lord’s planning and the agency of others in matters that inevitably affect you. Plan, of course, but fix your planning on personal commitments that will carry you through no matter what happens. Anchor your life to eternal principles, and act upon those principles whatever the circumstances and whatever the actions of others. Then you can await the Lord’s timing and be sure of the outcome in eternity. (“Timing,” 29 January 2002)

His words caused me to reflect on my own life to that point. In comparison to the seemingly sealed-shut door of marriage, I witnessed the doors of education and career open to me almost effortlessly. For example, without first applying for jobs, future employers invited me to work for them, whereas frequent dating never developed into anything close to a serious relationship. My Young Women leaders often taught about marriage as though it just naturally happened to every girl within the first few years after high school. Never did anyone mention a possibility that any of us would not marry. With each milestone in my life, be it college graduation, a mission, an advanced degree, or promotion at work, I was told that I was reducing my chances to attract a husband.

As I commenced a PhD in my mid-30s, I began hearing women recount their marital woes, including dishonesty, infidelity, and various forms of abuse. These same women expressed admiration for my choices in life that helped me escape the trap of marriage. At the same time, people tried to line me up with any single man they knew, suggesting it was too late for me to be choosy. A sense of gloom seemed to hover over many married people I knew, whereas I was more often happy and fulfilled in my career and relationships with extended family. This disconnect between what the gospel taught about marriage and what I perceived from so many led me to chant a personal mantra: “It takes a pretty good man to be better than no man at all.” I could see that there were clearly worse conditions in life than being single.

Deep down I never lost the dream that I may someday meet and marry a good man who would be my best friend. However, as years passed, I began to wonder if such a miracle would ever happen to me in this life. I was grateful for a career that kept me anchored to regular and serious scripture study. The scriptures reminded me of God’s love for me as His daughter and His approval of the direction of my life even when such validation was not forthcoming in most lessons and talks at church.

The words of Elder Oaks in his devotional on timing reinforced what I had felt in response to decades of prayer but had rarely heard from the pulpit. I experienced spiritual comfort that the direction my adult life had taken was not offensive to the Lord. After that devotional, I acknowledged that whether or not I married in this life was not an issue. Of greater importance was that I continue to choose to follow the path that the Lord had created for me. This choice was within my control and was not dependent on God’s timing. This clarity of thought brought me peace.

No one was more surprised than I was when a year later I found myself in a serious relationship with the most ideal companion for me. He was comfortable with who he was, his relationship with Deity, and what he did for a living, so he wasn’t looking to me for validation of his worth. Doubly amazing to me, he was proud of me for what I had accomplished in life and encouraged me to continue. By the middle of that year, we were married.

I must confess that I was blown away by how blissfully happy I was in marriage. It was miraculous that I could enjoy spending every day with this man, having someone with whom to share everything and who made me laugh. So it came as a surprise when so many people cautioned me that “marriage is hard” and that it must be even harder for me because I was single for so long. My personal experience throughout my nearly sixteen years of marriage has led me to my new personal mantra: “Marriage is easy; growing up is hard.” From my perspective, a loving marriage is hard to achieve when one or both partners is immature, no matter how old they are. So the institution of marriage is easy to blame. Some claim that being single makes one selfish and inflexible to another’s habits and lifestyle. But it can also make one more appreciative of partnership, shared responsibilities, and emotional security. One of the great, compensatory blessings the Lord may extend to those of us who marry later in life is time to mature emotionally beforehand. Then when you find someone you love who is grounded, it’s pure joy. What’s hard about that?

In a BYU fireside, Elder Boyd K. Packer suggested that for some of us, “marriage may well come to you as a September song and be twice more precious for the waiting” (“Eternal Love,”  3 November 1963). As one who married in the autumn of life, I do not feel robbed of the Lord’s choicest blessings because I was single for so many years. In hindsight, I can see He was blessing me all along the way. 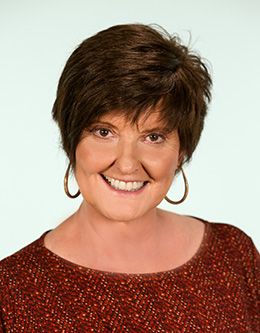 Camille Fronk Olson was a member of the Department of Ancient Scripture at BYU for nearly twenty-five years. She retired last year as a professor and former department chair to pursue other opportunities to learn, serve, and spend more time with family.