How I Came to Embrace the Name of the Church I’ll be honest: I’m a fan of the word “Mormon.” When I first read the new guidelines for referring to The Church of Jesus Christ of Latter-day Saints and its members, it seemed to go against every best practice for branding and clarity that I’ve learned during my career working in public relations and marketing. It felt like the Church itself had spent years building positive cachet for the term “Mormon” and now seemingly wanted nothing to do with the term. Why this change, and why now?

While my intellectual and professional knowledge has seemed at odds with this directive from President Nelson, my desires to follow the prophet have led me to seek understanding. Cue multiple conversations with friends and coworkers and prayer to understand, in this instance, how man’s ways are not the Lord’s ways (see Isaiah 55:8). While I’m still waiting to see the full effects of the change, I’m coming to understand how focusing on Jesus Christ in our church’s name is a prophetic call. Here’s what I’ve learned so far:

Since the refocusing of the name of the Church, I’ve wondered what to tell people I am since “Mormon” will no longer do. But as I’ve thought about it, I’m seeing that I can follow the example of my childhood friends and lead with Christ—I’m a Christian.

I imagine that as I start consistently calling myself a Christian first and then explaining which church I go to, that this will open doors to genuine conversations of belief. If I lead with my Christianity, I can begin on common ground with many others in my community and can build a relationship around what we both hold dear rather than beginning with what separates us, as “I’m a Mormon” would.

The refocus of the Church’s name provides opportunities for us to clarify who we are and what we believe. President Nelson has advised us to use three variations when referring to the name of the Church: The Church of Jesus Christ of Latter-day Saints, the Restored Church, and the Church of Jesus Christ. When I first heard the announcement, I found the first name to be quite a mouthful and the second and third to be confusing, especially if we weren’t supposed to reference the term “Mormon.” Impatiently, I thought, “Well, I’ll never use those second two.” But what would happen if I did?

With the Restored Church, because it begs for further explanation, I’d be able to easily share about Joseph Smith and how he restored the same church set up by Jesus Christ upon the earth. Whereas “Mormon” brings the questions “Who is Mormon?” or “Where did you get the name Mormon?” the Restored Church elicits “What church was restored?” or “Who restored it?” Instead of taking a roundabout course to explaining a key doctrine of the Church, we are able to address it head-on.

With the Church of Jesus Christ, I can see it having an effect similar to saying, “I’m a Christian.” People wouldn’t know at first the specific church I belong to, but they would quickly know that I’m a Christian. Once more, we could begin on common ground before getting into the particulars of beliefs.

I’m coming to see that it’s the very inconvenience of these names that makes them powerful. Part of me has been attached to the term “Mormon.” I was proud to be a Mormon because, to me, the term “Mormon” stood for people of integrity and faith who were trying to truly follow the example of Christ and be a source of kindness and virtue in the world. But like any label, the word “Mormon” can easily be boiled down to a stereotype. As soon as we use the term, most people will have a particular set of ideas about what that means—both positive and negative—and may not seek further understanding.

Using the phrases “Restored Church” or the “Church of Jesus Christ” calls for further explanation. These terms allow us to define ourselves, one-on-one with people, instead of relying on a simple label. At a time when we as a nation are quick to draw conclusions about others, maybe it’s a good thing to make labelling our religious beliefs less straightforward. Maybe the personal inconvenience of explanation is actually a chance for those we interact with to understand deeper, and, in turn, a chance for us to slow down and understand others better.

Define the Church with Your Life

I’m a believer in the power of words, which is why this directive didn’t sit so well with me at first. But, in a lot of ways, maybe I’ve given the word “Mormon” too much power. Everything that is wrapped up in the word “Mormon” exists outside of those six letters in the lives of millions. Though the term won’t be used, the people and their characteristics will remain. Members of the Church will still be known as people who don’t drink, people who focus on strong families and honor the Sabbath day and follow Christ.

And just as our lives helped define the word “Mormon,” they will continue to define what it means to be a member of The Church of Jesus Christ of Latter-day Saints—that we are first and foremost followers of Christ and witnesses of His restored gospel.

I know the way we refer to the Church and our membership isn’t the most daunting of the concerns that come with being a person of faith. But, for me, I was irritated every time I accidentally started to say, “Mormon.” In short, I started to question why the prophet was making such a big deal of it. And to me, this irritation was problematic. Would my response to the direction on the Church’s name be the start of a subtle distrust in the prophet? When there are already weighty concerns of the faithful, and more to be asked of us that will most certainly try our souls in the future, it quickly became something I wanted to figure out. While it has taken a lot of study in my heart and in my mind, I’ve gained a stronger testimony of the role of the prophet as the mouthpiece for the Lord. In his landmark talk, “Fourteen Fundamentals in Following the Prophet,” Ezra Taft Benson explains the nature of prophethood.

While there are several fundamentals that apply to the particular counsel given us by President Nelson about the name of the Church, one idea has really stuck out to me: “The prophet is not limited by men’s reasoning. . . . Would it seem reasonable to an eye doctor to be told to heal a blind man by spitting in the dirt, making clay, and applying it to the man’s eyes and then telling him to wash in a contaminated pool? Yet this is precisely the course that Jesus took with one man, and he was healed. (See John 9:6–7.)” If qualification for whether a prophet’s counsel was from God or not hinged upon it making sense to the reasoning of humankind, there would be many teachings of the gospel that wouldn’t qualify. It is for us to follow anyway and ask Heavenly Father to help us understand the things that may, on first consideration, seem to make no sense. We can trust that the prophet is led by God and that God can let us know—again and again—that prophetic direction is indeed prophetic. 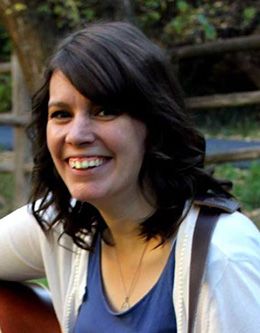 Amanda Kae Fronk is the communications manager for BYU Speeches. She is an avid collector of hobbies with book buying, nature watching, and food sampling being among the most enduring. She aspires to one day be called a master wordsmith, a woman of grace, and an owner of a devoted heart. 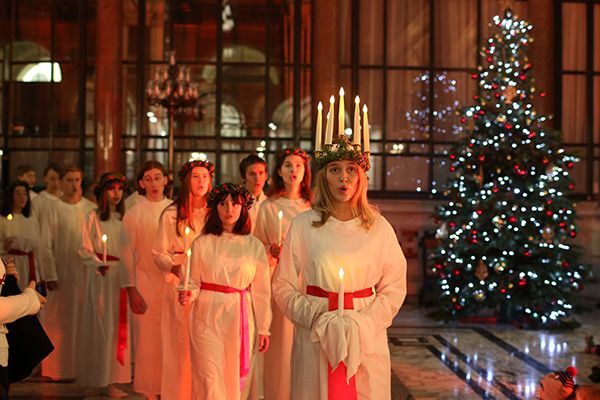 A Light in the Bleak Midwinter 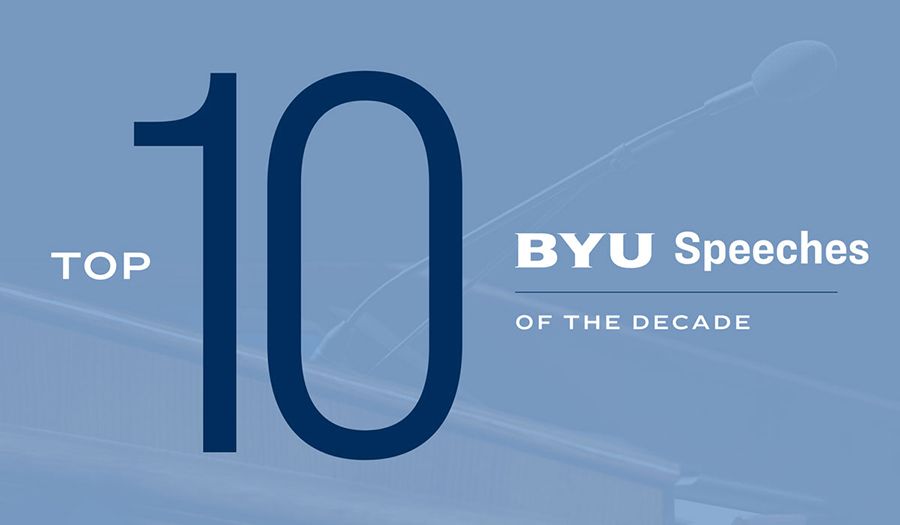 Top Devotionals of the Decade