I looked up from my Twitter feed and rolled my eyes. The sheer quantity of snarky comments about so-and-so who should have responded this way instead of that way and who probably identified with this kind of organization was overwhelming. Why were people being so mean?

It’s something we’ve all felt, no matter what side of the conversation we are on. Whether as a passive observer or a passionate contributor, we’ve all felt the rudeness, impatience, and righteous indignation that often accompanies online discussions. Couldn’t these people see that they had been so quick to judge? It wasn’t until I was sitting in church that I realized I’m just as prone to quick judgments and spiteful comments as the people online.

That Sunday didn’t start off so different than any other—that is, until a man began walking to the stand to bear his testimony. His tangled beard reached the collar of his rumpled white shirt that had been hastily tucked into his skinny tan pants. As he shuffled to podium, I leaned back into the bench, already discrediting whatever he was about to say.

But I was wrong about him. Though his words tumbled out and his eyes shifted nervously from one side of the crowded chapel to the other, the beliefs that he shared were heart-felt. A small smile crept across his lips and lit his eyes. There was a fire of belief that I realized I couldn’t discount, no matter what his physical appearance seemed to say about him.

A similar experience unfolded in one of my college classes. Clad in socks and sandals, my gray-haired professor spoke with a lilting accent that I couldn’t quite place. She was passionate, but also rather odd, and her quirks frustrated me. I was interested in the subject, but I couldn’t seem to get past the bizarre person who stood at the front of the classroom.

But I was wrong about her, too. After weeks of attending class, sitting in the same seat on the second row, I stopped seeing my professor as an odd woman who always wore the same pair of jeans and who widened her eyes at whatever comment a student made. As she shared with the class the struggles she has overcome in her lifetime, I began to see her for what she had triumphed over: she was a survivor, a miracle, an individual living in a country far from the land of her parents, and yet she was determined to thrive.

In these two experiences, my apathy and frustration were mostly the result of a personal problem: I got hung up on stereotypes, appearances, and quick judgments. Our interactions—whether online or in person—often become strained over lifestyle choices, differences in religion, political parties, gender identity, and gender equality. These are topics that inevitably cause people to retreat into their own opinions and hold to their own moral high ground. They cause apathy and frustration, or, worse, they open the doors to rudeness and hatred. So often there is a lack of respect.

Respect. It’s an easy word to say but a difficult virtue to live. It has a lot to do with seeing people as an individual with depth rather than as a problem to be solved—or avoided. Respect includes love—perhaps not an all-accepting, all-forgiving kind of love, but a love that allows us to look past the outer shell of a person’s behaviors and see them as a fellow human being living on the same blue planet created by the same all-powerful God.

We live in a polarized world, particularly online, that insists on opposites: beauty and ugliness, intelligence and stupidity, wealth and poverty, fame and ignorance, good and evil. These polarizations tell us that we have to choose one or the other: the moral high ground or the muddy low lands where our “opponent” supposedly wallows. As a result, this kind of love, this form of respect, can be uncomfortable, and it can even seem like we have to walk down from the moral high ground in order to do so. But we forget that we have an example of Someone who managed to walk the straight, ever-so-narrow road in a world filled with supposed contradictions.

Jesus Christ ate with the tax collectors and yet He reminded the people to give to Caesar what was Caesar’s and to God what was God’s (Luke 20:25). He defended the adulteress from her accusers while still impressing upon her the seriousness of her sin (John 8:2-11). He comforted the robbers at His side and asked His Father to forgive the soldiers who occupied His home country, even after spending His ministry teaching and living the Golden Rule: do unto others as you would have them do unto you (Luke 23:33-34, 39-43; Matthew 7:12). Our Savior, Jesus Christ, somehow managed to love those around Him without condoning their imperfect actions.

In her devotional about becoming ambassadors for Christ, Sharon Eubank explained that we can and must be the good that rises to combat the polarization.

We live in a world that is coming apart, that is being pulled apart, so that the unity of community and respect for other people’s beliefs, tolerance of differences, and protection of the minority voice are being shredded. It is extremely destructive to all of us when everyone outside of our narrow clan becomes an enemy we vilify. As those forces in our society rise up, then so must an answering strong sentiment and skill set on the opposite side. [“Turning Enemies Into Friends,” 23 January 2018]

Christ isn’t asking us to sacrifice our standards or to waver in our moral beliefs. However, He has shown us how to navigate the narrow road of love between polarized camps. Perhaps we can let our opinions, stereotypes, and quick judgments take a backseat when it comes to our interactions with our fellow humans. After all, Christ showed us that it is possible to love and respect those who are different from us without compromising our own beliefs. 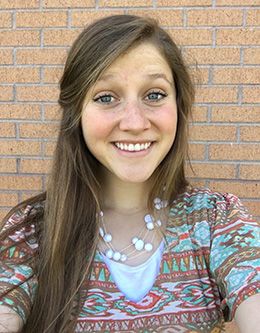 Ashley Young is an aspiring editor with a passion for em dashes, road trips, and pumpkin muffins. Though she professes to not be a morning person, she loves to watch the sunrise as she finishes a long run. She is currently interning with BYU Publications & Graphics and is loving every second of it.