The History of BYU Speeches

Let me tell you a story—the story of BYU Speeches.

Long ago BYU began a tradition of delivering weekly devotionals to the campus community to enrich the students’ spiritual and academic education. BYU Speeches has many of those addresses—nearly 2,000, in fact, by close to 900 authors. Did you know that almost every prophet and apostle since the 1940s has spoken at least once at BYU? We have their speeches too. While President Cecil O. Samuelson, who was BYU president from 2003 to 2013, has the most talks on the site, coming in at 59, President Gordon B. Hinckley has 41, and Elder Jeffrey R. Holland pulls in third with 31. During the 1920s devotionals were held three times a week in College Hall.

Starting in 1946 the weekly talks were printed as pamphlets, which are now archived in the Harold B. Lee Library’s L. Tom Perry Special Collections. In 1972 we began publishing the speeches in books and selling them, and in 1996 we put that content online free of charge. We have a dream of someday housing the text for all addresses pre-1972. We are editing and posting them when we can, but there are hundreds, so it might be a little while yet. Our oldest edited address is 125 years old, given by Principal Karl G. Maeser in 1892.

We’ve got a consistent spread of audio files reaching back 70 years, making this is our most populated format. The staff of BYU Media Services digitizes historical audio files in their spare time, and then we add them to the Speeches website. It’s fun to listen to the old talks, as their voices and the phrasing are old fashioned and powerful. This 1953 talk by Elder Matthew Cowley is a treasure—and it’s actually being edited for text format right now. Our oldest audio file (J. Reuben Clark’s “Raising the World to a Higher Plane of Morality”) is also worth a listen. But truly they all are. Throughout the 1950s and 1960s, two assemblies, like this one in the Smith Fieldhouse, were held each week: devotionals on Tuesdays and forums on Thursdays. Assemblies were reduced to one per week in 1971.

By creating speeches.byu.edu in 1996, we were able to extend the blessings of BYU devotionals to anyone with an internet connection. Over the years we have updated the site to be more and more user friendly, with our most recent redesign happening in the past few months. We’ve recently made other exciting additions to inspire and uplift: we now blog, design sharable quotes, curate content, and post to Facebook, Instagram, Pinterest, and Twitter.

By Study and By Faith

Something that sets BYU Speeches apart is its audience and purpose: the devotionals often present a secular bend on religious topics, or vice versa, to knowledge-hungry young adults. Speakers have talked about the gospel from the vantage point of chemistry, graphic design, music, nursing, and so on. To showcase this melding of the sacred and the secular, we’ve created a page named “By Study and By Faith.” We also have a robust collection of gospel topics: for example, we have 20 talks on Joseph Smith; 26 talks on happiness; 30 talks on revelation; and 44 talks on divine potential.

During the regular school year, people of excellence are invited monthly to campus to share their experiences and wisdom in what the university calls forums. BYU has hosted the likes of David McCullough, Justice John G. Roberts, Liz Wiseman, and Arthur C. Brooks. Historically we haven’t edited the text of most forums—often because the speakers don’t grant permission—but we recognize that forums diversify the content on our site, and we are hoping to edit the text of more of these as we have permission, time, and fresh eyes.

In the end, BYU Speeches is a remarkable archive of inspiration and knowledge that extends the blessings of a BYU education to everyone. Because we recognize the value of these talks, we are actively seeking ways to better provide that content to enrich your life. The BYU Speeches story is far from over.

Lena May Harper is the editor of forums and faculty devotionals for BYU Speeches. She enjoys eating breakfast on the back porch, pondering on matters of the soul, and experiencing the cultures of the world. A budding ballerina and a part-time master’s student on the cusp of graduation, she lives with a fluffy lionhead rabbit named Willa. 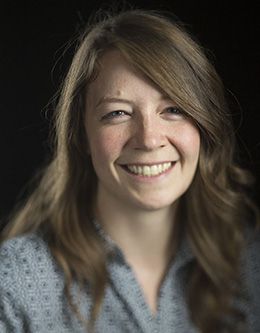 Lena Harper is the editor of forums and faculty devotionals for BYU Speeches. She enjoys eating breakfast on the back porch, pondering on matters of the soul, and experiencing the cultures of the world. A budding ballerina and a part-time master’s student on the cusp of graduation, she lives with a fluffy lionhead rabbit named Willa.