When My Marriage Became Mixed-Faith—and Stronger

Explore More On Love and Marriage 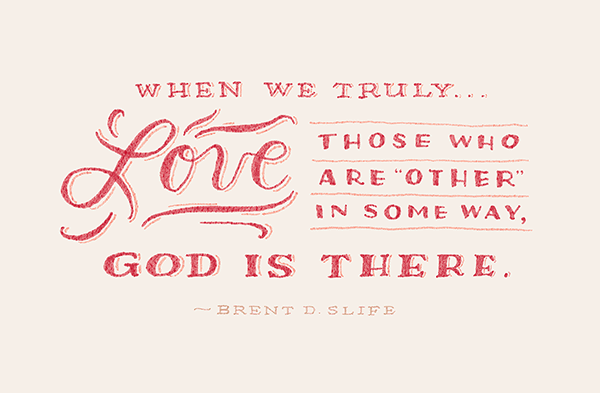 We went out for casual drive-thru tacos, and I was nervous like a teen on her first date. My insides were turning over a question I wanted to ask my husband, Ben. I kept waiting out each silent moment, knowing it was my chance but struggling to get the words out. I wanted to know how he felt about religion—our religion—and how much he wanted it in his life. We both had grown up in Provo proper, in devout Latter-day Saint homes. We met in freshman seminary, we each served missions, we were sealed in the Salt Lake icon of all temples, and we had four children. It was easily assumed that we were on the same spiritual path. We prayed together. We communicated about spiritual goals. We stumbled through the best ways to study the gospel together, to make family home evening meaningful, and to make temple attendance a habit. But as our marriage matured, I came to know him better, including some delicate anxieties he associated with these pillar practices of our faith.

Breakthrough in a Breakdown

“Be patient” was the sentiment that most often guided me over the years when I sensed that we might be in different places on the path. But last year it struck me that he might not even want to be on this proverbial path at all. This is what I yearned to know that night. And when I finally spit out a jumbled, choppy version of my question, what ensued was an unexpected outpouring of his soul. Such an open run-on of feelings, thoughts, fears, struggles, beliefs, and tears—so many tears—was not common for Ben. What was familiar and quite apparent was his sincerity and his heart. His heart ached. He expressed remorse for those who suffered in Church history, those feeling marginalized by the Church today, and his personal relationship to the Church. He struggled to feel enriched or fulfilled. He wanted a better relationship with God but felt stunted. His heart was breaking whenever he tried pushing himself forward on that “strait and narrow” that we had been taught to walk. He spoke as if it was the first time he’d allowed himself to piece all of this together and wondered aloud how he might “start over” and find steady footing.

That night, we held each other with a deeper love than I think we’d ever experienced together. It was freeing for both of us to learn more about the true Ben as he vulnerably shared. I felt a burning desire to help him find what was best for him to feel whole and happy. In turn, he was offering the same right back. He wanted the best for me, for our children, for us. These sentiments for each other permeated for days and days after that night, trickling into our everyday interactions and routines. I fondly look back on that time as more honeymoon-y than our actual honeymoon. As honeymoons do, the phase ended, but that period gave us a foundation of deep love and respect as we moved forward.

Eventually we found ourselves tackling the details of what it might mean—for both of us—as Ben found his clean slate. The discussions are ongoing. We do our best to respect each other. Sometimes we both feel threatened. Sometimes we worry what the other might think of our personal choices. It is scary. Although I feel secure in my faith, and although I feel sure that Ben is taking a progressive spiritual step, I sometimes feel lost trying to figure out how to stay united without the bond of religion.

A Kind of Intimacy

That summer, a BYU forum address drew me in. The speaker, psychology professor Brent Slife, talked about how our culture views similarities “as the fundamental bonding agent of relationships . . . with differences in beliefs and values frequently viewed as threats” (“The Experience of Love and the Limitations of Psychological Explanation,” May 16, 2017). Such differences, or “otherness” as Slife called it, can seem to be a breeding ground for conflict. “How could you really be ‘other’ than someone and not conflict?” Slife asked. But he proposed that when two people love each other because of their “otherness,” not in spite of it, conflict “feels more like a kind of intimacy.” He said, “In conflict I have the privilege of getting to know the other person through the interaction. Imagine how our world would be if we stopped seeing differences as obstacles to relationships but rather saw them as the healthy tension that can promote character, deepen intimacy, and kindle friendship.”

This is almost exactly what Ben and I ended up experiencing. Even though we still share beliefs, like a faith in God’s divine love and Christ’s Atonement, our separation on Church doctrine can feel vast and dividing. However, as conflicts arise, they do in fact become a privilege—a chance to trust each other, to learn more about each other, and, as Slife predicted, they kindle our friendship. Our experience this past year seemed to emphasize all the “otherness” between us. But somehow, we love each other more because of it. We stand as proof of Brent Slife’s declaration, “When we truly value and even love those who are ‘other’ in some way, God is there.” 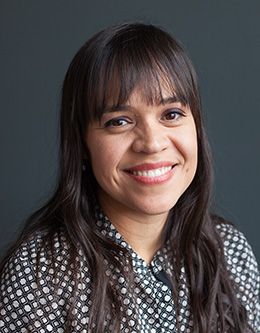 Olivia Juarez Knudsen is a graphic designer at BYU Publications & Graphics. If not for graphic design, she might have apprenticed as an auto mechanic, taught elementary school, or professionally promoted snail mail. She and her husband have three boys and a girl and live in a new-to-them century-old home.