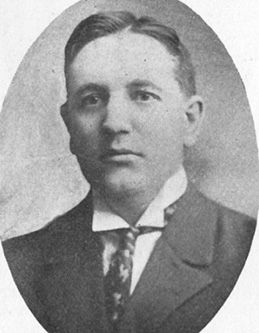 Born in Ephraim, Utah, in 1886, A. William Lund came from a family of devoted Latter-day Saints—his father was a member of the Quorum of the Twelve Apostles and of the First Presidency. When he was three years old, Brother Lund’s family moved to Salt Lake City, where he later attended school. As a young man, he served a mission in Great Britain from 1906 until 1908. Upon his release from missionary service, Brother Lund was offered a position at the Church’s Historian’s Office, which he had often stated was where he would want to work more than any other place on earth.

Brother Lund served as an assistant Church historian for almost sixty years. During his service in this position, he saw remarkable technological advances that took him from using pen and paper to typewriters to microfilm and eventually electric models of typing to do his work. His contributions to the Church were aided by his near photographic memory, which allowed him to answer questions and help people do research to further the spreading of the gospel. This is exactly the topic that Brother Lund promoted in his address at BYU: the restoration of the priesthood through the Prophet Joseph Smith and the consequential spread of the gospel. His wealth of knowledge regarding religious topics offers unique perspective on the coming forth of the gospel in latter days.

The Restoration of the Priesthood