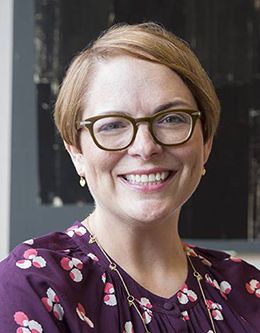 Amy Jensen was born in Ogden, Utah, and is the oldest of seven children. She grew up in Texas, Arizona, California, and Utah. She received her undergraduate education from Brigham Young University, where she majored in theatre education. After graduation she taught theatre and film at American Fork High School in the Alpine School District for eight years. While teaching she received her master’s degree from BYU and later pursued a doctoral degree from the University of Illinois at Urbana-Champaign.

Professor Jensen began her career at BYU in 2000 and currently serves as chair of the Theatre and Media Arts Department. Her research focuses on how young people perform identity in a digital media culture as well as the ways in which educators might engage young people through media literacy.

Professor Jensen and her husband, McKay, are the parents of two 11-year-old daughters, Lauren and Lily. She currently serves in the Young Women’s organization in the Provo Oak Hills Fourth Ward.

Some Hopeful Words on Media and Agency