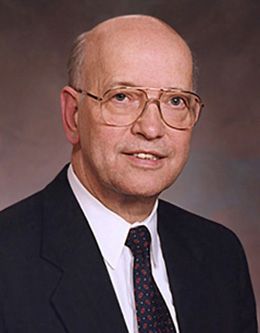 Angel Abrea was born September 13, 1933, in Buenos Aires, Argentina, of Italian, Spanish, and native Argentine heritage. When he was young, his mother learned about The Church of Jesus Christ of Latter-day Saints from a pair of sister missionaries. She soon joined the Church and then taught the gospel to her two sons—Angel and his younger brother Oscar—who were also baptized.

Though their father never joined the Church, he was very supportive of his family’s faith and taught young Angel to honor the commitments he made at baptism. Their mother was active in the Church throughout her life, serving for thirty years in the Primary and helping to bring dozens of people in their area into the Church through her ardent missionary efforts. That parental support helped Angel and his brother as they walked two miles to church each Sunday and were often the only Church members in their peer groups. Being part of the Church in such a young area meant a lot of responsibility and opportunities for young Angel, who was serving in the district presidency when he was only 17.

After secondary school, Angel studied accounting and worked for a time in his father’s business. He then accepted a government job as secretary to the treasury for the large city of San Miguel. Later, he joined an international accounting firm. To help pay for his education, he tutored younger students. It was through tutoring that he met Maria Victoria Chiapparino, who was taught the gospel by Angel’s mother and whom Angel baptized. She was only fourteen at the time and he eighteen, but their friendship continued to grow over the space of the next four years, and the two were married in 1957. They had three daughters, and the entire family was sealed in the Salt Lake Temple in 1966.

From day one, the Abrea family was dedicated to the Lord’s service and to one another. Angel Abrea served as a branch president, a district president, the first stake president in Argentina, a regional representative, and president of the Argentina Rosario mission. Sister Abrea served faithfully in the Relief Society organization and as an early-morning seminary teacher, among other callings. Despite the busy schedules of their parents, the Abrea daughters enjoyed precious time with each of their parents, and the family remained very close.

In 1981 Brother Abrea received a call from President Spencer W. Kimball, who asked him to accept a calling to the Seventy. This made Elder Abrea the first General Authority from Latin America. Among his responsibilities, Elder Abrea served as managing director of the Temple Department and Executive Administrator for the Peru-Bolivia area. In 1986, he also became the first president of the newly constructed Buenos Aires Argentina Temple. He served diligently until he was granted emeritus status in 2003.

Elder Abrea spoke three times at BYU. His devotional addresses focused on our creativity, free agency, and divinity; these themes highlight the eternal nature and potential of each of God’s children. His own testimony of our divine origin and capacity is evident not only in his words but in his life of service.

A Divine Nature and Destiny

You and Your Free Agency