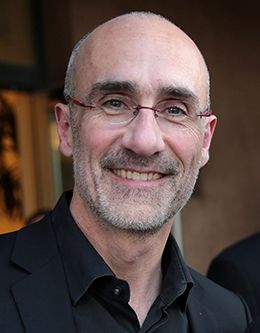 Arthur C. Brooks is a musician, social scientist, best-selling author, and the president of the American Enterprise Institute. The son of a professor and an artist, Brooks was born on May 21, 1964, and raised in the Queen Anne neighborhood of Seattle, Washington. After high school, Brooks sought to be a professional French hornist, and from 1983 to 1989 he played with the Annapolis Brass Quintet in Baltimore. He played as the associate principal french hornist in Spain with the City Orchestra of Barcelona from 1989 to 1992 and, upon returning to the United States, he was a teacher at the Music Division of The Harid Conservatory in Boca Raton, Florida, for three years.

In his late twenties, towards the end of his professional music career, Brooks decided to pursue higher education and received his bachelor’s degree in economics from Thomas Edison State College in New Jersey in 1994. He then earned a master’s degree in economics from Florida Atlantic University in 1995 and his doctorate at the Frederick RAND Graduate School in policy analysis in 1998. After teaching at Georgia State University for a brief period of time, Brooks began teaching at Syracuse University in 2001 and became a full professor there in 2005, holding the Louis A. Bantle Chair in Business and Government Policy from 2005 to 2007.

Brooks’s academic career began with studies on arts funding and orchestra operations, but he soon found his niche studying culture, politics, and economics. His research on behavioral economics catapulted him to fame as he specialized in studying philanthropy and nonprofit organizations. Brooks’s research finds that those who give are happier and more economically prosperous than those who don’t; he subsequently has published many books exploring the relationship between charitable giving, happiness, and economic success and championing conservative free enterprise. Brooks’ bibliography includes Who Really Cares: The Surprising Truth about Compassionate Conservatism; Gross National Happiness; The Battle: How the Fight between Free Enterprise and Big Government Will Shape America’s Future; The Road to Freedom: How to Win the Fight for Free Enterprise; and The Conservative Heart: How to Build a Fairer, Happier, and More Prosperous America. Many of his publications have appeared on The New York Times bestseller list. Additionally, Brooks is a sought-after public speaker and has appeared as a columnist in The New York Times and other prestigious publications.

Perhaps the most profound influence that Brooks’s research has had on him personally is his family’s decision to adopt a daughter from China. After reading Brooks’ research on how giving increases happiness, his wife, Ester, suggested that they adopt a child. Despite his initial trepidations, Brooks says, “And what about our giving experiment? In truth, I don’t know or care what my daughter has done for my income or health. But my happiness? It spikes every time she looks at me and I remember the magic day we met.” Brooks lives in Maryland with his wife and three children.