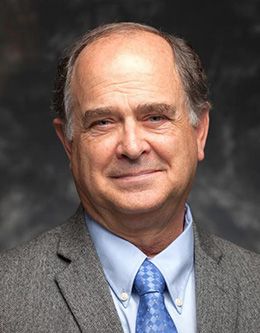 Dr. Bart J. Kowallis has been a professor in the Department of Geology at BYU since 1982, teaching introductory geology, structural geology, field geology, geophysics, and physical science courses. He was born in Ogden and grew up in the small commu­nity of Pleasant View, Utah.
Dr. Kowallis attended BYU beginning in the fall of 1970 and received a BS degree in geology in 1977 (with two years off to serve an LDS mission in Quebec, Canada). After BYU he finished his formal education at the University of Wisconsin—Madison, receiving a master’s degree in 1979 and a PhD degree in 1981. While at Wisconsin he met his wife, Julee. They have four children.
Dr. Kowallis’ research has taken him across most of North America and to work in Africa, South America, Europe, Asia, Australia, and the Arctic. His research has focused on better understanding geologic time (geochronology). He loves teaching and interacting with students. He has been hon­ored as an Alcuin General Education Teaching Fellow (1986) and, most recently, as a Karl G. Maeser General Education Professor (2003).

He Stands at the Door and Knocks