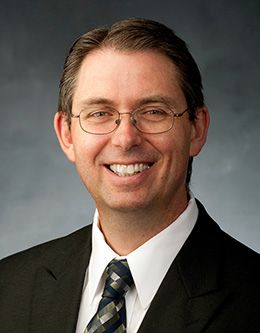 Benjamin M. Ogles, the oldest of nine children, was born in Whittier, California. He lived in California until the age of 5 when his family moved to Brigham City, a small town in northern Utah. After graduating from Box Elder High School, Ogles attended a semester at Brigham Young University before taking a two-year leave of absence to serve as a missionary in the Norway Oslo Mission.

Upon his return, Ogles continued his education at BYU and received his bachelor’s degree in accounting. However, his first job after graduation inspired him to pursue a different path. Working at Timpanogos Mental Health Center, Ogles was greatly intrigued by the realm of psychology. As a result, he took the prerequisite undergraduate psychology courses necessary to enroll in BYU’s clinical psychology doctorate program in 1985. His dissertation focused on outcome measurement in agoraphobia research, and after an internship at Indiana University Medical School, Ogles received his PhD in 1990.

Shortly thereafter, Ogles accepted a faculty position at Ohio University in Athens, Ohio. After 21 years of serving as a professor and later as the head of the department of psychology, Ogles returned to his alma mater as the dean of the College of Family, Home, and Social Sciences and a professor of psychology in 2011. His research has been published in journals such as the Journal of Clinical Psychology, Professional Psychology: Research and Practice, and the Journal of Child and Family Studies. Ogle has also co-authored the book Essentials in Outcome Management and has been involved in researching for the Ohio Youth Problems, Functioning and Satisfaction Scales.

Ogles and his wife, Maureen Garrett, have seven children and several grandchildren, and he feels “fortunate to have talented, fun, and caring children and extended family who we get along with and enjoy spending time with.” When he isn’t with his family or chasing academic pursuits, Ogles enjoys running and has completed many marathons and half-marathons over the years. In fact, his passion for long-distance running has coordinated with his research in psychology to inspire multiple articles on the psychology of distance runners. He also enjoys cycling, as well as playing tennis and chess.

Agency, Accountability, and the Atonement of Jesus Christ: Application to Sexual Assault