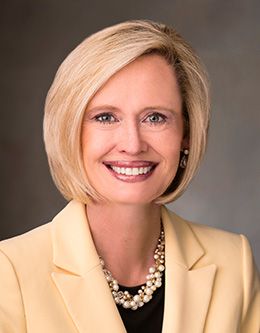 Sister Bonnie Hillam Cordon was serving as the first counselor in the Primary general presidency when she was called in March 2018 to be the Young Women general president of The Church of Jesus Christ of Latter-day Saints.

As a young adult, Sister Cordon served a full-time mission in the Portugal Lisbon Mission. Later, from 2010 to 2013, she served with her husband as he presided over the Brazil Curitiba Mission. Sister Cordon loves running and scuba diving, and has enjoyed serving in many church callings.

A native of Idaho Falls, Idaho, Sister Cordon received a bachelor’s degree in education from Brigham Young University. She worked in management in the software industry and later started her own business.

Sister Cordon and her husband, Derek L. Cordon, are the parents of four children.

Ask of God: Our Solace, Guide, and Stay