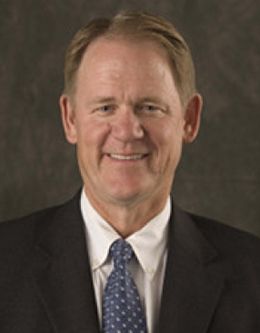 Brent Nelson is a faculty member in the Department of Electrical and Computer Engineering, having joined the department in 1984. His research interests focus on the design of digital circuits and computer systems. He currently serves as department chair, his second time in this role during his career. He has also served on campus as a member and as chair of the University Rank and Status Committee.

He was the founding director of the BYU site of CHREC—a National Science Foundation–funded research center focused on the use of FPGA technology to create reconfigurable computing machines. In 2007 he created the College of Engineering and Technology’s Global Leadership Study Abroad program to China and regularly serves as director for that program, most recently in the spring of 2013. He loves all things having to do with the outdoors.

He and his wife, Julie, are the parents of six daughters and two sons. He currently serves as Young Men president in his home ward.