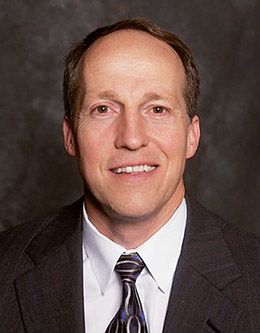 Despite being born in Silver City, New Mexico, Brent W. Romney grew up with a distinct love for Brigham Young University. Visiting his siblings who were taking classes at the university gave him a feeling of reverence for the campus. When it came time for him to start his own education, there wasn’t any question of where he should go.

After serving as a full-time missionary in the Costa Rica San Juan Mission, he married Ella Ann McDaniel and earned a degree in accounting from BYU. He then worked with several companies but focused his time and efforts on building up chapters of BYU’s Alumni Association wherever he worked. His work with the association eventually led to his serving as its president. His BYU commencement speeches encourage graduates to stay close to the spirit of the Y and their fellow alumni as they venture out into the world.

Brent and Ella Romney have served together in the presidency of the Mexico Monterrey West Mission and the Dominican Republic Missionary Training Center. They have six children.

The Chance of Your Lifetime