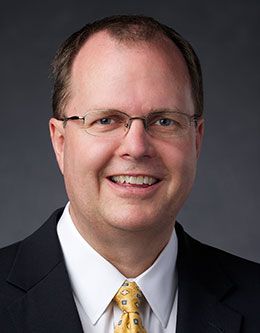 Brian K. Ashton was born on March 8, 1969, to Kent and Vicki Brown Ashton in Provo, Utah. The eldest of nine children, Ashton remembers many formative gospel learning experiences he had in his home and growing-up years. “[My parents] could see the difference living the gospel made, and they wanted us to have the blessings of the gospel,” says Ashton. He studied the scriptures together with his father during high school, and his mother would often tell stories about his pioneer ancestors.

Upon graduating from high school, Ashton attended the University of Virginia. There, he wrestled with the decision of whether to serve a mission. A good friend encouraged him to go, and he decided it was the right thing to do. Ashton was called to serve in the Peru Lima South Mission. But before he left, tragedy struck: his two-and-a-half-year-old brother fell into a Jacuzzi and entered into a coma. Ashton didn’t know if he should still serve, but he was prompted to go. In Peru, he “really learned to trust the Lord.” He says that “learning to trust Him has made all the difference.”

Shortly after Ashton returned from Peru, his brother passed away. Although difficult, Ashton knew that the Lord had taken care of his family while he was on his mission. Instead of returning to Virginia to further his education, he decided to study at BYU. While there, he was a home teacher to Melinda Earl. From the beginning of their relationship, Melinda knew that she wanted to marry Ashton, but she also had been prompted to serve a mission and she knew she needed to go. After Melinda returned from the Spain Malaga Mission, the two were sealed in the St. George Temple on July 20, 1996.

In 1993 Ashton earned his bachelor’s degree in international relations with a minor in English from BYU and then received an MBA from Harvard Business School in 1998. During that time, Melinda was going to medical school in a different city, which was difficult for them. In her third year of school, Melinda felt impressed to take a leave of absence so that she and Ashton could expand their family. She never went back, not wanting to miss the details of her seven children’s lives.

The Ashton family moved often because of Ashton’s successful career as an entrepreneur, CEO, executive, and board member for several companies, including McKinsey & Company, Allmeetings.com, Precision Time, and Corrective Education Company. They had been living in Las Vegas for 13 years when they were prompted to move to Utah in 2012. Three weeks after their arrival in Utah, Ashton was called to provide over the Texas Houston South Mission.

Just as he and Melinda completed their mission in Texas, Ashton was called as the second counselor in the Sunday School general presidency. He was sustained in the October 2015 general conference.

How does Brother Ashton—a dedicated businessman, doting husband and father, and devoted servant of the Lord—deal with all of the demands on his time? He says, “As we put ourselves in the hands of the Lord, He sustains us and makes us happy. Happiness comes from doing it in the Lord’s way.”