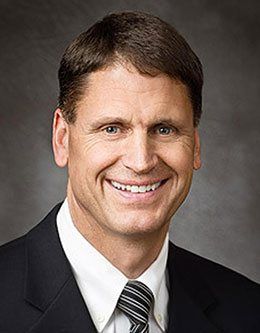 As a young missionary preparing to serve in Hamburg, Germany, Carl B. Cook struggled with learning the language during his time in the Language Training Mission (the predecessor to the Missionary Training Center). While other missionaries were picking up more advanced concepts, he was still trying to grasp the basics. Young Elder Cook petitioned the Lord in prayer and received a specific answer: the Lord had not called him to master the German language but to serve the German people with all of his heart, might, mind, and strength. “I immediately thought, ‘I can do that,’” says Cook. “All of a sudden, my measuring stick changed from how my companion and district members were doing to how the Lord felt I was doing.” His experience in the Language Training Mission was one of many instances throughout his life that Cook was dedicated to serving the Lord and his fellow man.

After returning from his mission, Cook continued to use the skills he learned as a missionary to get a date; he asked an old companion for a referral and contacted her as quickly as possible. It turned out to be a good referral. Cook married Lynette Hansen in 1979 in the Ogden Utah Temple, and they have since became the parents of five children.

A native of Plain City, Utah, Cook furthered his education at nearby Weber State College, where he earned his bachelor’s degree in business marketing in 1981. The following year, he graduated from Utah State University with his MBA and began working at the Xerox Corporation. In 1985 Cook became a partner with the Boyer Company, a real estate development firm in the Western United States.

Cook had several opportunities to serve those around him as a bishop and stake president, but in 2005 he was called to serve 7,000 miles southwest as the president of the New Zealand Auckland Mission. He faithfully served both the people of the Pacific and the missionaries under him until 2008. After completing his mission, Cook became an Area Seventy in the Utah North Area until being called as a member of the First Quorum of the Seventy in 2011. His calling again took him thousands of miles from home, but this time to the east, as he was assigned to preside over the Africa Southeast Area in 2014.

In his devotional address Elder Cook spoke of putting off the natural man. Drawing from his experiences as a cowboy, he urges us all to learn a lesson from his horse Stubby, who underwent a major transformation from wild horse to trusted companion. Elder Cook encourages us to submit our will to God’s.

No matter where Elder Cook resides—the Pacific, the Midwest, or Southeastern Africa—you can always find him serving others with the same zeal he had as a young missionary in Germany: with his heart, might, mind, and strength.

Putting Off the Natural Man and Becoming Saints