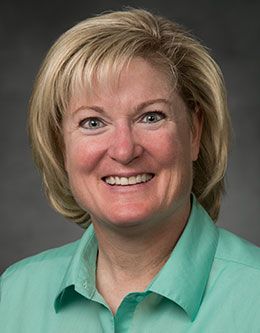 Having been saved herself when the trials of life almost crushed her, Carolyn Billings is now a saving force in the hands of the Lord for others who encounter difficult setbacks.

Carolyn Billings grew up in Portland, Oregon, and was only nine years old when she was diagnosed with bone cancer. She won the battle with cancer and went on to be a remarkable athlete, playing basketball at San Diego State University for two months before her athletic career was abruptly ended. She was hit by a car while riding her bicycle and was told by doctors that she might never be able to run again.

Refusing to give up, Billings transferred to Brigham Young University to pursue a degree in athletic training. She thoroughly enjoyed the program, but tragedy continued to strike. She was again diagnosed with cancer, and three weeks before her wedding, her fiancé was killed in a drunk driving accident.

The pile of seemingly insurmountable struggle overwhelmed Billings, and she all but lost her faith in God. A tender reminder of His love for her came through a Hilary Weeks song, “Be Still,” which she found on a CD gifted to her by her mother. From that point on she held firmly to her faith in times of trial and focused on serving others.

After graduating as the Athletic Training Student of the Year from BYU in 1993, Billings went on to earn a master’s degree in 1995 and was the valedictorian of her class. Upon graduating she was asked to stay at the university as an assistant athletic trainer, and in 2008 she was named clinical instructor of the year. Two years later she was named director of sports medicine. Billings currently serves as the team athletic trainer for the BYU women’s soccer team and as an instructor in the exercise science department. She is a member of the National Athletic Trainers Association and the Utah Athletic Association and is a certified EMT and CPR instructor.

A year before her devotional address, Carolyn Billings was diagnosed with cancer for the fourth time. A campaign called “Carolyn Can” was launched in her honor, and stories of her meaningful service surfaced from BYU athletes and total strangers. She is known for going out of her way to help someone in need—and for giving Hilary Weeks CDs to everyone. As she continues to fight her own battles, she helps injured athletes and injured spirits find their inner strength, trust in the Lord, and overcome their obstacles with courage and hope.

Are You All the Way In?