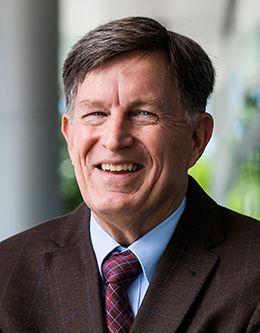 Professor of English and English Education

Chris Crowe is a professor of English and an author of young adult literature. He has published hundreds of articles, several short stories and poems, and 11 books.

After living in Illinois, New Mexico, and California as a child, Crowe’s family settled down in Tempe, Arizona. Crowe was raised Roman Catholic. Although he had heard the word “Mormon” previously, it wasn’t until he began dating Elizabeth Foley in high school that he learned more about The Church of Jesus Christ of Latter-day Saints. Elizabeth was fiercely devoted to her religion and frequently invited Crowe to youth activities. Elizabeth ended their relationship during their senior year of high school out of fear of falling in love with someone she would not be able to marry in the temple. Her parting gift was a copy of the book A Marvelous Work and a Wonder.

Crowe read an account of Joseph Smith’s first vision from the book Elizabeth had given him. He knew that Joseph Smith had truly seen God the Father and Jesus Christ, and he began to meet with the missionaries. After missing his first two baptismal dates, Crowe was baptized and became a member of The Church of Jesus Christ of Latter-day Saints. After his first year playing football for Brigham Young University and living in a different state than Elizabeth, Crowe proposed to his high school sweetheart. They were married in the temple and have four children.

Crowe graduated from BYU with a bachelor’s degree in English. He received his master’s degree and doctoral degree in English Education from Arizona State University. Crowe taught high school English for ten years. He was offered his first university position at Himeji Dokko University in Japan. Over the next several years, the Crowe family moved from Japan to Hawaii to Utah as Crowe worked at Himeji Dokko University, BYU–Hawaii, and finally BYU–Provo, where he has had an enormous impact on his students. This was noted most recently when he became the 2020 Karl G. Maeser Distinguished Faculty Lecturer Award winner. For this distinction, he was invited to offer a forum address to the BYU community in May of 2021.

In his 2019 BYU devotional Crowe shared personal stories of how he learned about the power of prayer. When deciding which job offers to accept and where to move their family, the Crowes always relied on prayer. They had faith that God had a plan for their family. Speaking of Heavenly Father, Crowe said, “I know that if you’ll ponder, pray, and listen, He will lead you to where He wants you to be.”1

[1] Christopher Crowe, “‘The Undiscover’d Country’: Navigating Toward the Future,” July 2019.

“The Undiscover’d Country”: Navigating Toward the Future