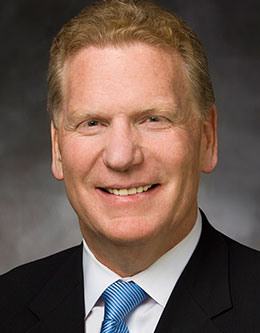 Craig Cloward Christensen was born the youngest of three children on March 18, 1956 in Salt Lake City. He grew up there and in Concord, California, where his family moved when he was eleven. He was a hard working teenager; he worked in a glass shop, fixed up an old truck with his brother (three times, since the engine blew twice), and gave everything on the football team. An All-American athlete, he came to Brigham Young University with a scholarship to play center.

However, Craig C. Christensen has, from an early age, set another kind of work above all others. He left BYU to serve a mission for The Church of Jesus Christ of Latter-day Saints in the Chile Santiago South mission. There his love for the gospel as well as the people he served grew exponentially. When he returned, he was engaged to his sweetheart Debora Bliss Jones, whom he had met after football practice just a few months before his mission and with whom he had developed a friendship while he was gone. They were married in 1978.

Together, the Christensens continued to work hard. Two of their children were born while Craig finished his degree at BYU, and he sold his car for a downgrade four times. He graduated with a bachelor’s degree in accounting and the family moved to California for him to work. After two years, he continued his education at the University of Washington, where he earned an MBA. Then, they moved back to Utah, where Craig C. Christensen bought his first business in 1990. His hard work and entrepreneurial spirit began to pay off; after having served as an executive with several companies, including an international accounting and consultation firm, he was self-employed in the insurance, automotive, and real estate industries. He also participated on the boards of several business and charitable organizations.

One of Elder Christensen’s greatest joys is helping others, especially young people, to see their potential. He taught at several universities, including business and religion classes at BYU. His best teaching, however, happened at home. He, Debbie, and their four children kept a 24-year tradition of 6a.m. devotional and family scripture study. That diligence is balanced by the fun they have together, too—the family loves waterskiing, scuba diving, tennis, and golf.

Just as when he was a missionary, Craig C. Christensen continued to make dedicated Church service an important part of his life. He has served as a counselor in a branch presidency at the Provo MTC, a bishop, a high councilor, an elders quorum president, an area seventy, and a temple ordinance worker. One of his favorite assignments, combining his love for teaching young people and for teaching the gospel, was to serve as the President of the Mexico City East Mission from 1995 to 1998.

In 2002 Craig C. Christensen was called to be a General Authority. He spent several years back in Mexico City to serve as the Mexico South Area President, as well as time in Salt Lake as the Executive Director of the Priesthood and Family Department of the Church. Ten years later, in 2012, he joined the Presidency of the Seventy. In that capacity, he has supervised the Utah North, Salt Lake City, and Utah South Areas, as well as assisting members of the Twelve in supervising the Central America and South America South Areas.

In April of 2011 Elder Christensen offered a commencement address at BYU entitled “Tomorrow is Today.” In his remarks he urged listeners to seek spiritual experiences daily, to work daily with purpose and balance, and to serve others daily. His testimony was a fitting description of the way he has striven to live his life, and his example and service have blessed the lives of many others.

Put Your Trust in God: The Admonition of Alma to His Sons