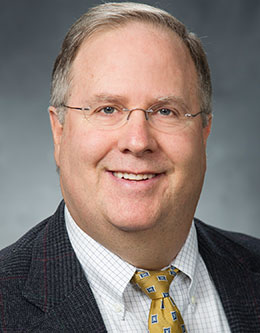 David C. Dollahite, born in Greenbrae, California, was first introduced to The Church of Jesus Christ of Latter-day Saints when he was nineteen years old. On the living room bookshelf he found a copy of the Book of Mormon his mother’s coworker had given her. He felt compelled to read it, and his experience led him to an intense eagerness to learn more and share what he had felt.

This desire to serve the Lord led Dollahite to join the Church and enroll at BYU with hardly any knowledge of the university. Early on in his education, he served a mission in the Boston, Massachusetts, area. When he returned, he earned bachelor’s and master’s degrees from BYU and a PhD from the University of Minnesota.

Dollahite taught for four years at the University of North Carolina at Greensboro before he joined the BYU faculty in 1993. He has also been a visiting scholar at the Dominican University of California, the University of Massachusetts Amherst, Stanford University, and Maharaja Sayajirao University in Baroda, India. He is a professor of family life, specializing in the effects of religion on the family and in healthy marriage and family practices, especially those related to fatherhood. He is a codirector of the American Families of Faith Project, which has interviewed 200 Christian, Jewish, and Muslim families, resulting in nearly forty scholarly articles and book chapters. In addition to the five books he has edited and the many articles he has authored, Dollahite has written two less commonly known LDS hymns, “May Thy Face of Shining Splendor” and “As Families in the Latter Days,” both of which were performed at the LDS Music Festival in the Assembly Hall on Temple Square.

As a family life coach, Dollahite helps men become better husbands and fathers and helps couples strengthen their marriages. His own family, formed in 1983 when he married Mary Kimball, includes seven children and several grandchildren. Dollahite has also served as the bishop of a BYU ward. His scholarly and spiritual work to improve families through faith has blessed the lives of many.