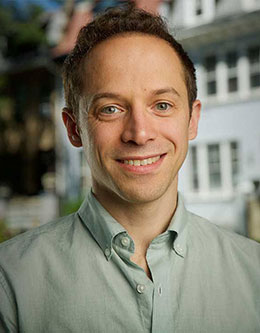 David Epstein carries around a piece of advice from former Girl Scouts CEO Frances Hesselbein: “you have to carry a big basket to bring something home.”1 In other words, keep an open mindset and learn from as many things as possible. Epstein has gained a wide variety of experience with this mindset, as evidenced by the fact that it once led him to follow a bunch of people dressed like wizards to an anime-writing class.

A former investigative reporter at ProPublica, a Pulitzer-prize-winning nonprofit newsroom, David Epstein is the author of two books. The first, published in 2013, titled The Sports Gene: Inside the Science of Extraordinary Athletic Performance, became a New York Times best seller. The second, Range: Why Generalists Triumph in a Specialized World, became a #1 New York Times best seller when it came out in 2019. Epstein’s book is enormously popular for challenging the idea that early specialization is the key to getting ahead in your field. Before reporting for ProPublica and becoming an author, Epstein also worked for Sports Illustrated as a senior writer.

Epstein joined journalism and writing in a roundabout way, which is part of what inspired Range. He graduated from Columbia University, where he earned a bachelor’s degree in environmental science and astronomy and then earned master’s degrees in environmental science and journalism. With such a broad range of interests, Epstein has been able to travel extensively throughout his career. “He has worked as an ecology researcher in the Arctic, studied geology and astronomy while residing in the Sonoran Desert, and blithely signed up to work on the D-deck of a seismic research vessel shortly after it had been attacked by pirates.”2 Beyond his published writings, Epstein’s experiences and ideas have been shared in dozens of interviews on national television and in his two TED talks, which “have been viewed more than 10 million times” to date.

Epstein currently resides in Washington, D.C. with his wife and young son. A runner, scientist, journalist, author, and public speaker, Epstein continues to work on new projects and change the world’s viewpoints through his thorough and groundbreaking research.

[1] “Bestselling Author David Epstein On How To Develop Range, The Perils Of Specialization, And His Advice To Aspiring Artists.” Writing Routines, 19 Sept. 2019, www.writingroutines.com/david-epstein-interview/.

[2]“About: David Epstein Is the Author of the Books: Range & Sports Gene.” David Epstein, davidepstein.com/david-epstein-about/.