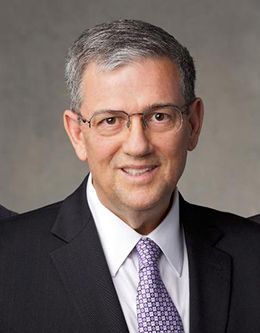 Elder David F. Evans was born in Salt Lake City, Utah, in 1951. He attended the University of Utah, graduating in 1976 with his bachelor of science degree in community health education. He then attended Brigham Young University and earned his juris doctor in 1979. During Elder Evans’s professional career, he served as an executive with SEI US in Newport Beach, California, and as a partner with the Durham Jones & Pinegar law firm in Salt Lake City.

In 2005, Elder Evans was called to serve as a General Authority Seventy for The Church of Jesus Christ of Latter-day Saints. He is currently serving as the Asia Area President. Prior to this call, Elder Evans served as assistant executive director in the Priesthood, Temple, and Missionary Departments, the executive director in the Missionary Department, and a missionary in Japan.