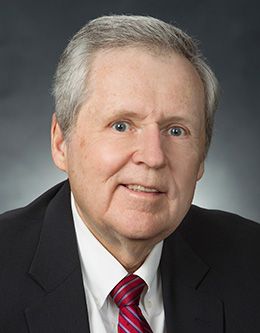 Dr. David McPherson earned his bachelor’s degree at BYU, his master’s degree at George Washington University, and his PhD from the University of Washington (1972). He completed a postdoctoral fellow­ship in the Brain Research Institute at UCLA in 1974. Before joining the BYU faculty in 1991, he was an associate professor-in-residence with the Depart­ment of Neurology at the University of California, Irvine.
Professor McPherson has served on the faculties of the University of Washington and of the National Institute for the Deaf, Rochester Institute of Technology. He has been a visiting professor at the University of Goteborg in Sweden and the University of Heidelberg in the Federal Republic of Germany as well as an exchange professor to Leningrad State University, USSR (St. Petersburg State University, Russia).
An internationally recognized researcher in developmental human auditory physiol­ogy, Dr. McPherson is a member of the European Concerted Action AHEAD (Advanced Hearing Assessment Methods and Devices). He was also a team leader assigned to Moscow, Russia, from the Sorbos Foundation project “Early Identification of Deafness in Children in Countries of Central and Eastern Europe” and congress president of the International Evoked Response Audiometry Study Group.
He has served two five-year terms as bishop, first in his Santa Ana, California, ward and then in the BYU 52nd Ward. Brother McPherson and his wife, Joyce Marie Thatcher, are the parents of five children.

“To Obey Is Better Than Sacrifice”