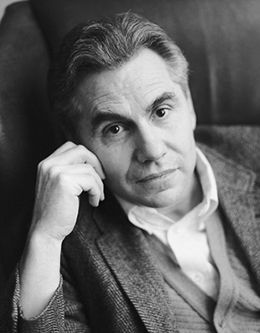 Dennis Packard received a PhD in philosophy in 1974 from Stanford University; his emphasis was logic, philosophy of language, and philoso­phy of science. He began teaching at BYU that same year. During the 1976–77 school year he taught philosophy at Carnegie Mellon University.
His philosophical research has led him to team teach or publish with faculty in economics, political science, linguistics, theatre, film, electrical engineering, computer science, psy­chology, family science, English, phys­ics, and dance. He recently received a PhD from BYU in theatre and film.
In 1996 he organized a philosophically based acting workshop in Los Angeles and produced a play there on Chekhov’s stories.
Professor Packard has produced documentaries and award-winning choir programs for FARMS, Provo City, and KBYU and is currently pre­paring for publication a book grounded in classical American philosophy entitled The Film Novelist: Writing a Short Novel and Film Script.
Dennis and his wife, Sandy, are the parents of six children.

Telling Stories of the Heart in the 21st Century