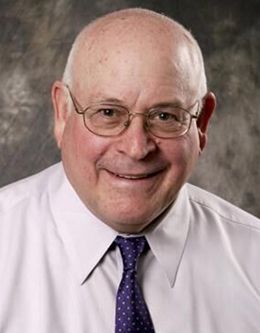 Douglas R. McKinlay is an associate teaching professor of advertising in the BYU Department of Communications. He received both his bachelor’s and master’s degrees from BYU in 1968 and 1969, respectively. He began working for General Electric Company in San Francisco as a sales promotion specialist in 1969, then moved to Schenectady, New York, as a copywriter and in-house account manager. He then moved to Hartford, Connecticut, to work as a copywriter for Wilson, Height and Welch, New England’s largest ad agency at the time. From there he joined forces with Dick Keiler to form Keiler and McKinlay Advertising in Farmington, Connecticut.

In 1980 he started his own advertising company, McKinlay and Partners. He found and renovated a circa-1680 gristmill and turned it into an ad agency. After nearly seventeen successful years he sold out to his two partners when he and his wife were called on a mission. He joined the BYU faculty in 1999.

Brother McKinlay has served as a bishop, stake president, and regional representative and was mission president of the Arizona Tucson Mission from 1996 to 1999.

He and his wife, Betty Jo Vance McKinlay, are the parents of six children—five of whom have served full-time missions—and have twenty-three grandchildren.