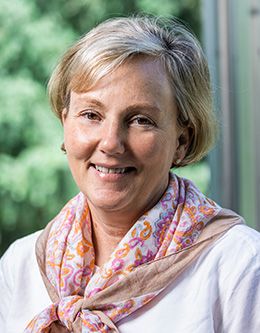 Dr. Ellie L. Young is an accomplished school psychologist, professor of counseling psychology, and professor of special education at Brigham Young University. After receiving her bachelor’s and master’s degrees from BYU, Dr. Young moved with her husband, Frank, to Kansas and then later to Missouri. She worked as a school psychologist in both locations. After working for ten years, Dr. Young and her husband prayerfully decided that she should continue her education. Upon being accepted into the University of South Florida’s school psychology doctoral program, the Youngs sold most of their belongings and moved with their three children to Tampa, Florida.

Following the completion of her doctoral training, Dr. Young was appointed as an assistant professor at BYU. She was later moved to the rank of associate professor. Today she is the graduate coordinator for the School Psychology program in the Counseling Psychology and Special Education Department. Her research interests involve early identification of youth with social, emotional, and behavioral concerns in secondary settings and implementation of social-emotional supports for all students. She has authored several academic journal articles and newspaper articles about emotional and behavioral disorders and the effects of positive behavior support on public education.

In her BYU devotional, Dr. Young spoke about the transformative power of the covenants we make with Heavenly Father as members of His Church. While recognizing that each individual’s covenant path looks different, she remarked that much between these paths is the same. “The Savior is very aware of our needs as we stumble and walk our different covenant paths,” she says. “He’s really OK with whatever progress we are making, and He is there to hold our hands and our hearts when it gets scary and dicey and we have no clue about what to do next.”

The Transformative Power of Covenants