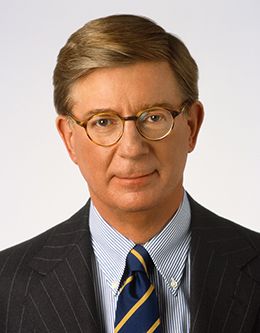 George F. Will is today’s most widely read columnist. His newspaper column has been syndicated by The Washington Post since 1974. Today it appears twice weekly in approximately 400 news­papers in the United States and in Europe. In 1976 he became a regular contributing editor of Newsweek magazine, for which he provided a bimonthly essay until 2011. Will is a founding panel member on ABC television’s This Week.

In 1977 he won a Pulitzer Prize for commentary for his newspaper col­umns. Altogether eight collections of Will’s Newsweek and Washington Post columns have been published, the most recent being One Man’s America. In 1990 Will published Men At Work: The Craft of Baseball, which topped the New York Times best­seller list for two months and was most recently reissued on April 13, 2010, as a 20th­ anniversary special edition with a new introduction. In 1998 Scribner published Bunts: Curt Flood, Camden Yards, Pete Rose and Other Reflections on Baseball, a best­selling collection of new and previously published writings by Will on baseball. Will was a member of Major League Baseball’s Blue Ribbon Panel, examining baseball economics.

Will was born in Champaign, Illinois, and educated at Trinity College in Hartford, Connecticut; Oxford University; and Princeton University, where he earned his PhD. He has taught political philosophy at Michigan State University, the University of Toronto, and Harvard University. Will served as a staff member in the United States Senate from 1970 to 1972. From 1973 through 1976 he was the Washington edi­tor of National Review magazine. Today Will lives and works in Washington, D.C.