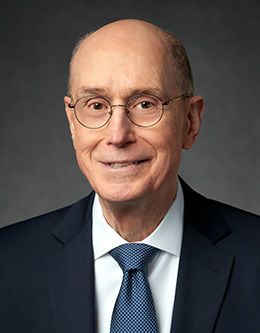 Second Counselor in the First Presidency

In the April 2012 general conference of The Church of Jesus Christ of Latter-day Saints, members around the world sat captivated as a tall but unassuming man spoke tenderly about a time when he had asked God to give him “mountains to climb.”1 Henry B. Eyring knows what it means to climb mountains for the Lord and, instead of complaining, how to appreciate the view.

Born to Henry Eyring, a renowned chemist and educator, and Mildren Bennion, a mother whom Spencer W. Kimball said that God himself had polished, Henry Bennion Eyring entered the world on May 31, 1933, in Princeton, New Jersey. Henry, or “Hal,” grew up as a focused and dutiful young man. He studied physics, served in priesthood quorums, and played basketball. He went to school at the University of Utah. His education was interrupted for two years of service in New Mexico, serving in the air force and as a district missionary, before he graduated with a degree in physics in 1955.

Although science was his father’s passion and had assumed a large portion of his life, Henry discovered that his passion did not lie in physics. His father encouraged him to find something he loved so much that he thought about it whenever he didn’t have to think about anything else. In pursuit of that vocation, Hal entered Harvard University and earned a master’s degree and a doctorate in business, graduating in 1963. (At the time, he says, he was so naïve that he didn’t realize it was a “big deal” to go to Harvard.) During his doctoral study, he willingly gave up valuable study time to serve in a calling that required him to travel extensively on Sundays, visiting other branches in and around Massachusetts, a still fledgling area of the Church. This experience taught him the value of sacrifice, and he credits much of his success in the business program to the blessings with which he was compensated.

In 1962, while he was working towards his doctorate, he married Kathleen Johnson in the Logan Utah Temple. They have four sons and two daughters, who now have families of their own. She says that despite professional and ecclesiastical commitments, “There was no question in Hal’s mind who was first in his heart. He lived in a very competitive environment . . . but he always put his family first.”2

Henry B. Eyring found his passion in teaching. As a faculty member at the Stanford Graduate School of Business, he had just earned tenure when Kathleen prompted him to contact Elder Neal A. Maxwell because she felt there could be something more for him to do. Soon thereafter, in 1971, he was called to leave his secured position at a prominent university in an urban area and head to tiny Rexburg, Idaho, to serve as the president of Ricks College (now Brigham Young University–Idaho). Henry not only made the difficult and prayerful decision to go to Ricks but also stayed there for six years, foregoing an offer for a high-paying and prestigious job opportunity in Southern California. When President Spencer W. Kimball asked him about his decision, he responded that he didn’t think it a sacrifice.

President Eyring was then called to the Presiding Bishopric in 1985, the Quorum of the Seventy in 1992, the Quorum of the Twelve in 1995, and the First Presidency in 2007. He has dedicated his life to serving the Lord, allowing every experience to be a learning opportunity and making himself a humble pupil of those he serves alongside.

Early in his life President Eyring received a spiritual impression that his experiences were for more than just himself. For many years after he received that prompting, he wrote daily in his journal of how he had seen the Lord’s hand in his family’s life, recording those experiences for his children to remember.3 This prompting, however, has come to fruition in even more ways, as he now frequently uses his life experiences to teach and bless others all over the world. His words are eagerly anticipated for their spiritually powerful insight and for the sweet emotion with which he shares them.

A Leader of Learners

The Power of Deliverance

Gifts of the Spirit for Hard Times

“Go Forth to Serve”

A Life Founded in Light and Truth

A Child of God

Faith of Our Fathers

Blessed Are the Peacemakers

To Choose and Keep a Mentor

Choose to Be Good

Teaching Is a Moral Act

Waiting upon the Lord

A Law of Increasing Returns