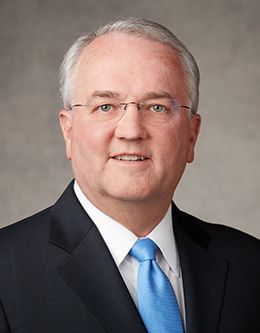 Elder Jack N. Gerard was sustained as a General Authority Seventy of The Church of Jesus Christ of Latter-day Saints in March 2018. At the time of his call, he had been serving as a Gospel Doctrine teacher and Sunday School president. He served as a member of the Sixth Quorum of the Seventy from 2010 to 2016.

Elder Gerard received both a bachelor of arts degree in political science and a juris doctor degree from George Washington University. During his career he has worked as president and CEO for several entities, including McClure, Gerard & Neuenschwander, Inc.; National Mining Association; American Chemistry Council; and, most recently, American Petroleum Institute.

Elder Gerard and his wife, Claudette Neff, are the parents of eight children.

“Could We Have Supposed?”