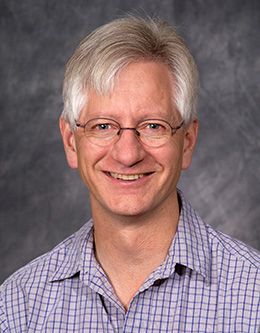 The father of Jack W. Sites began to take him into the woods, lakes, and riv­ers of rural Tennessee almost before he could walk. It was on these outings that he developed a profound interest in nature.
Dr. Sites completed BS and MS degrees in biology at Austin Peay State University and was hired as a vertebrate zoologist to assist The Nature Conservancy in establish­ment of the Tennessee Heritage Program.
He then entered a PhD program at Texas A&M University. Upon taking a graduate course in phyloge­netic systematics, he became mesmerized by the study of biological diversity. He purchased a vehicle suitable for fieldwork, learned enough Spanish to survive, and began researching amphibian and reptile groups in Mexico. He joined the BYU Zoology Department in 1982.
Much of Professor Sites’s research is focused on evolutionary mechanisms such as adaptation and spe­ciation, but he devotes increasing efforts to research on biodiversity conservation and the strength­ening of scientific infrastructures in developing countries in Latin America.
Dr. Sites and his wife, Joanne, are the parents of one daughter.