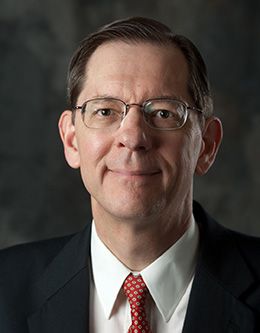 James D. Gordon III is the assistant to the president for planning and assessment at BYU and also the Marion B. and Rulon A. Earl Professor of Law at the J. Reuben Clark Law School.

After receiving a BA in political science at BYU and a JD at the University of California at Berkeley, he clerked for Judge Monroe G. McKay of the U.S. Tenth Circuit Court of Appeals and then practiced law in Salt Lake City.

Professor Gordon has served as associate academic vice president for faculty at the university and as an associate dean and interim dean of the law school. His scholarship has centered on contracts, securities regulation, law and religion, and legal education. He has received a number of teaching awards, and he has received an Abraham O. Smoot Citizenship Award from the university.

He and his wife, Nadine, have nine children and five grandchildren.

The Joy of Education and Lifelong Learning