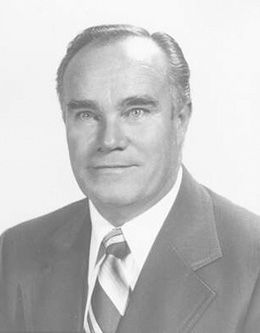 Elder James M. Paramore was born in 1928. He served in many different callings and leadership positions as a member of the Church of Jesus Christ of Latter-day Saints and has always testified of the power that comes from callings and serving to the fullest in whatever position the Lord may place you in. The diversity of the positions he has served in supports this testimony. He always did his best to put as much commitment as he could into his callings. Early in his marriage, he was called to serve as a bishop. His oldest child was not even two years old yet at the time. He then served in two bishoprics as a counselor and then on a high council. After that, he was called to be a member of the general Church Missionary Committee. He served in this position until being called to preside over the Franco-Belgium Mission. By this point, he and his wife had six children.

A short time after returning from his mission, Elder Paramore was called to be the Regional Representative of the Twelve. Later, he was released from that calling so he could serve on the First Quorum of the Seventy. This calling came as a surprise to Elder Paramore and his family, but he accepted and fulfilled it willingly. Throughout the course of his life, Elder Paramore was asked to give his all in the service of God. His willingness to do so blessed his life, and he testified powerfully and often of how doing the will of the Lord will bring blessings to all.

In his career, Elder Paramore has worked as an engineer, a seminary teacher, and an executive director of the Utah Committee on Children and Youth. While his career and his callings in the Church have been profound experiences, his commitment to the Lord is what sets Elder Paramore apart.

Leadership—Jesus was the Perfect Leader

“Become as a Little Child”