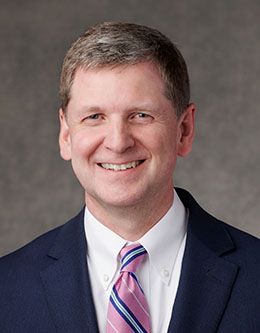 Combining his experience practicing law and his time serving in the Church gives Elder James R. Rasband the ability to bear powerful testimony of the Atonement of our Savior and how it not only forgives our mistakes but heals the pains others cause us, too. In his BYU devotional “Faith to Forgive Grievous Harms,” he speaks on how we can accept the Savior’s Atonement as restitution for the wrongs done to us. Elder Rasband approaches this difficult topic armed with years and personal experience and study, helping listeners understand the Savior’s relationship with His other “arsonist” sons and daughters.

Elder Rasband’s relationship with Brigham Young University began at a young age when he went with his mother to live on the school’s campus every summer while she finished her English degree. After serving a mission in Seoul, South Korea, Elder Rasband returned to BYU campus to pursue his own education. There he met and married Mary Williams, a chemical engineering student. The two would have four children over the years.

Elder Rasband received a bachelor’s degree from BYU in English and Near Eastern studies before going on to receive his juris doctorate from Harvard University in 1989. After graduating, he worked as a law clerk to Judge J. Clifford Wallace in San Diego before moving to Washington to practice law at Perkins Coie. A former board member of the Rocky Mountain Mineral Law Foundation, Elder Rasband spent much of his career focused on natural resource law and policy.

In 1995, he came back to BYU to take a position in the teaching faculty of the J. Reuben Clark Law School. At BYU he has served as the associate dean for research and academic affairs for the law school, the associate academic vice president for the faculty at BYU, the dean of the law school, and the academic vice president. Elder Rasband is the Hugh W. Colton Professor of Law.

In the Church, Elder Rasband has served as a bishop, stake president, and Area Seventy. His life has been an example of spiritual and intellectual pursuit. In his speech “Paired Aspirations,” he brings together the ideas of faith and intellect, experience and theory, and unity and diversity to build a better experience and create a more effective education for students. In each pair of aspirations, a proper balance will create the kind of learning that will bring us closer to Jesus Christ.

Mastered by Our Discipleship

Faith to Forgive Grievous Harms: Accepting the Atonement as Restitution