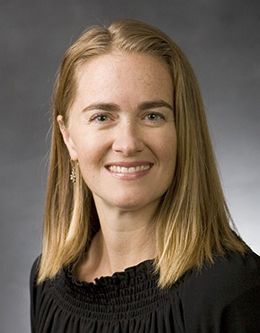 Dr. Jani Radebaugh is an associate professor of geological sciences and is a planetary scientist. Her research centers on geological processes on planetary bodies, including our own planet Earth.

As an associate team member for the NASA Cassini RADAR instrument, Dr. Radebaugh works with other scientists to determine the origin and evolution of landforms on Saturn’s moon Titan. She and her students are actively researching the mountains, sand dunes, river channels, and wind-carved ridges of Titan. Professor Radebaugh and her students also study volcanoes and mountains on Jupiter’s moon Io from the Galileo, Voyager, and Cassini missions.

She does fieldwork in locations on Earth that have similar landforms to those seen on other planets. This effectively enables in-situ studies of planetary landforms and leads to new understandings in basic science as well as space exploration.

She has done studies in the Sahara, the United Arab Emirates, Namibia, Ethiopia, Vanuatu, and Hawaii, among other locations. She has served as a field party member for the Antarctic Search for Meteorites Program (ANSMET), once taking a leadership role in field deployment operations.

Dr. Radebaugh is a leader in space science, serving on several NASA panels and advisory boards. She enjoys interacting with large numbers of students at BYU and with the public about space. Dr. Radebaugh has appeared in the Discovery Channel’s How the Universe Works series several times, is a regular speaker at the Spacefest convention, and recently gave a TED-x BYU talk about exploration.

We Explore So That We May Discover