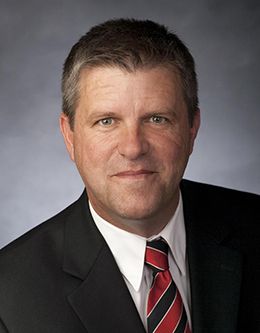 Jeffery F. Ringer was appointed as an associate international vice president in January 2017.  Brother Ringer previously served as the director of the David M. Kennedy Center for International Studies from 2002-1016. He earned his BA and MA from BYU and returned to the university in 1990 following doctoral work in political science at the University of Colorado at Boulder. In addition to his assignment as director of the Kennedy Center, Brother Ringer is a part-time faculty member in the Political Science Department and the director of the China Teachers Program.

Brother Ringer lives in Provo where he is active in community affairs, serving previously as a neighborhood chair and currently as the chairman of the Provo City Planning Commission. He and his wife, Amy, have four children.