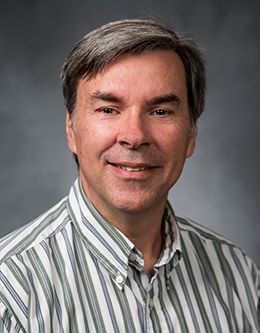 John Hoffmann is a professor of sociology and was recently appointed as chair of BYU’s Department of Sociology. Over the previous two years he served as an associate dean in the College of Family, Home, and Social Sciences.

John came to BYU in 1999. He was baptized a member of the LDS Church in Sapporo, Japan, a year earlier. Born in Chicago and raised in Arlington, Virginia, he earned a bachelor’s degree in political science from James Madison University, a master’s degree in justice studies from American University, a PhD in criminology from the State University of New York at Albany, and a master’s of public health degree from Emory University.

His areas of research include the causes and consequences of juvenile delinquency and illegal drug use and the sociology of religion. His primary teaching responsibilities involve applied statistics for the social sciences.

John and his wife, Lynn Macdonald Hoffmann, are the parents of four boys, two of whom are BYU students.