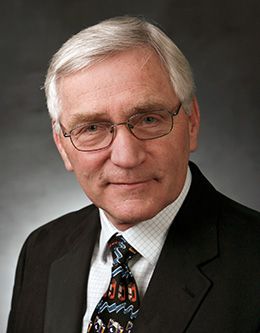 John Telford is a native of Utah and has been photographing the landscape and environment for nearly 40 years. He received an MFA from the University of Utah in 1988. He was a professor and chair of Visual Arts at BYU, and was a recipient of the university’s Karl G. Maeser Research and Creative Arts Award.
His photographs have been pub­lished extensively and exhibited both nationally and internationally. In 1979 Telford published The Great Salt Lake Portfolio with foreword by Pulitzer Prize–winner Wallace Stegner. He has teamed with Dr. Susan Easton Black on various books, including Joseph Smith: Praise to the Man; In the Footsteps of Jesus: Images of the Holy Lands; and Salt Lake 2002: An Official Book of the Olympics.
Throughout his career he has authored and coauthored 17 books, which include Coyote’s Canyon (stories by Terry Tempest Williams); Shadows of Time: The Geology of Bryce Canyon National Park; Lake Powell: A Different Light; Utah: A Portrait; Sacred Images; Nauvoo: The City Beautiful; Nauvoo Temple: Jewel of the Mississippi; Walking with Jesus; and In Praise of Joseph.
KBYU produced a documentary featuring Telford’s photographs of historic Mormon architecture, which began airing in 2006. Additionally, his photographs are included in numer­ous public and private collections.