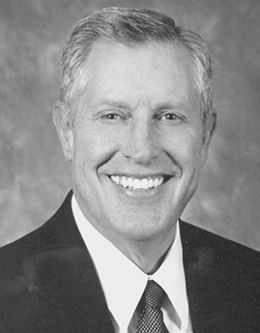 Joseph Fielding McConkie is an emeritus professor of scripture at BYU, where he has taught for nearly 30 years. Prior to his appointment at BYU he was director of the LDS Institute of Religion at the University of Washington in Seattle.

Brother McConkie is author or coauthor of more than two dozen books on gospel themes. Among the most recent are a biography of his father, The Bruce R. McConkie Story: Reflections of a Son, and a 1,200-page doctrinal commentary entitled Revelations of the Restoration.

After graduating from BYU, Brother McConkie spent three years in the military as an LDS chaplain. He is a Vietnam veteran. Following his military experience he returned to BYU where he received a doctorate in education in 1973.

In 1989 he was called to serve as the president of the Scotland Edinburgh Mission, where he had served as a young man. His campus experience includes service in four bishoprics and two stake presidencies.

He and his wife, Brenda Kempton McConkie, are the parents of nine children and have several grandchildren.