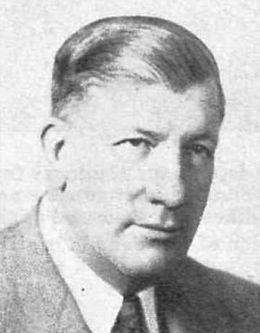 Bishop Joseph L. Wirthlin was born in 1893 in Salt Lake City, Utah. The child of devoted Latter-day Saints, he grew up with an unshakeable faith that was nurtured by the stories of his grandparents who had joined the Church under difficult circumstances in Europe. This legacy of pioneer heritage prepared him for a lifetime of service.

Bishop Wirthlin’s Church career began during his service as a missionary for The Church of Jesus Christ of Latter-day Saints. He served in the Swiss and German Mission from 1913 to 1914, just before the outbreak of World War I. He then returned home and attended LDS Business College in Salt Lake City.

Bishop Wirthlin served throughout his life in various Church callings, including those of bishop, stake president, and counselor in the Presiding Bishopric, and later served as eighth presiding bishop of The Church of Jesus Christ of Latter-day Saints.

He was asked by President Heber J. Grant to serve as the second counselor in the Presiding Bishopric under Bishop LeGrand Richards. He was notified only half an hour before the announcement was to be made at the next session of general conference, and when he asked President Grant if he could speak with him in person about the decision, he received the reply, “There are only thirty minutes before the next session of the conference takes up, and I want to have some rest. What do you say?” His answer then came without hesitation that yes, he would accept the call to serve as second counselor. Of the experience he later said that he “never regretted having answered yes to that call and all calls that have come to [him] in this great organization.”

He later served as first counselor and then as the presiding bishop of the Church from 1952 until 1961, totaling twenty-three years of service as a member of the Presiding Bishopric. Throughout this time, Bishop Wirthlin gave three addresses at BYU where he encouraged students to remember the importance of choosing the right and following the commandments, including that of paying their tithing.

The Kingdom of God is Righteousness

Jesse Knight—The Man and His Goodness