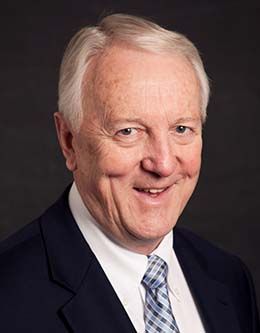 After joining the BYU faculty in 1968, Professor Dayley taught trumpet, music theory, orchestration, film scor­ing, and music business.He served as the associate academic vice president for undergraduate studies along with conductor of the Symphonic Band, the Wind Symphony, and the Symphony Orchestra and as founding director of the award-winning jazz ensemble Synthesis. He retired from BYU in September 2007

As a trumpet performer, Dr. Dayley has been a member of the Utah Symphony, a soloist with the Mormon Tabernacle Choir, and a member of ensembles such as the Brassworks Quintet. As a composer, he may be best known for a number of sacred songs and hymns, including “Lord, I Would Follow Thee,” “I Feel My Savior’s Love,” and “Faith in Every Footstep.” He has also composed a number of large-scale works, the latest being an oratorio, Immanuel, for chorus, soloists, and orchestra that was commissioned and premiered by Ricks College.  He also served as chairman of the board of directors for the Barlow Endowment for Music Composition.

Brother Dayley and his wife, Diane, are the parents of eight children. His hob­bies include gospel study, cultural his­tory, reading, hiking/backpacking, and automobile restoration.

Centering the Arts in Christ

“And Also By Faith”