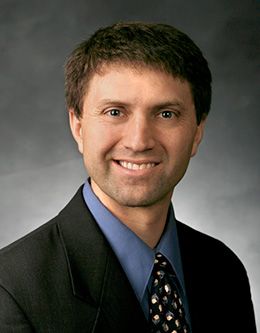 Kerry received his BS from BYU in psychology with a Hebrew minor. As an undergraduate he spent time at the BYU Jerusalem Center for Near Eastern Studies in the intensive Hebrew program. He received an MA in ancient Near Eastern studies from BYU and his PhD from UCLA in Egyptology.

He taught courses in Hebrew and religion part-time at BYU and the UVSC extension center, as well as in history at Cal Poly Pomona and UCLA. He also taught early-morning seminary and at the UCLA Westwood Institute of Religion. His first full-time appointment was a joint position in religion and history at BYU–Hawaii. Kerry is director of the BYU Egypt Excavation Project and has served as chairman of a national committee for the American Research Center in Egypt, serving on their Research Supporting Member Council. He has also served on a committee for the Society for the Study of Egyptian Antiquities and currently serves on their board of trustees and as a vice president of the organization.

He and his wife, Julianne, are the parents of six children, and they have lived in Jerusalem while Kerry has taught there. The oldest of their children will be a freshman at BYU this fall.

Why We Must Be Wholeheartedly Holy