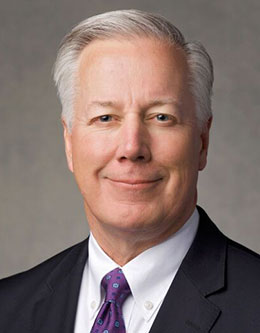 Kevin Scott Hamilton was born on March 26, 1955, in Wenatchee, Washington, to Norman and Kay Hamilton. After his birth, his mother started to question the meaning of life. A friend of hers, Richard Pratt, was a member of The Church of Jesus Christ of Latter-day Saints and connected her with the missionaries. Soon after, she discovered that her husband was a baptized member of the Church but had become less active in the church in his early teens. As Kay joined the Church, Norman became active again. They raised Kevin in the Church, and this upbringing led him to serve a mission in the Switzerland Geneva mission.

After his mission, he married Claudia Keysor in the Los Angeles California Temple on July 27, 1978. They have six children, all of whom they raised in California. They kept the entryway of their home regularly stocked with copies of the Book of Mormon, For the Strength of Youth pamphlets, and other Church literature items for any visitors who wanted to take them.

Elder Hamilton earned a bachelor’s degree in marketing from Brigham Young University in 1979 and a master’s degree in finance in 1982 from the University of Washington. He worked in telecommunications for most of his life, serving as a cofounder and partner of a venture capital firm and acting as CEO several times.

Elder Hamilton has served in numerous Church callings in his life, including bishop, stake president, mission president of the Belgium Brussels/Netherlands Mission (2003–2006), and director of the Southern California Public Affairs Council of the Church. He was called as a General Authority Seventy of The Church of Jesus Christ of Latter-day Saints on April 6, 2013, and since then has served in the Africa Southeast Area Presidency and in the North America Northeast Area Presidency. Currently, he serves as the Executive Director for the Family History Department.

In March 2022, he, as chairman of the board of FamilySearch, helped host events at the World Expo in Dubai, United Arab Emirates, which coincided with the RootsTech 2022 family history conference. Also in 2022, he spoke in the April general conference of the Church of Jesus Christ, teaching about the Atonement of Jesus Christ and how it can help us overcome weaknesses and become more like our Father in Heaven. In the talk, he said, “While it is indeed good to be authentic, we should be authentic to our real, true selves as sons and daughters of God with a divine nature and destiny to become like Him.”