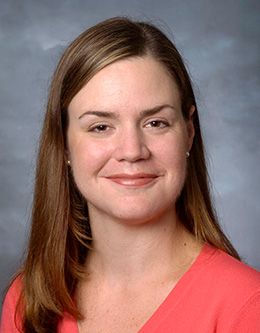 Professor Matthews received her BA in English from BYU in 1995 and her PhD in American literature from the University of Wisconsin–Madison in 2004. Her work has appeared in journals such as American Studies, Arizona Quarterly, Modern Drama, Journal of American Culture, Journal of Popular Culture, and CEA: Critic. She is currently working on a book project examining the politics of reading in Cold War American literature and culture.

When not at work, Professor Matthews can be found reading a book, cheering on the Green Bay Packers, hiking in the mountains, playing the piano, or singing with a jazz combo.

The Worth of Souls Is Great