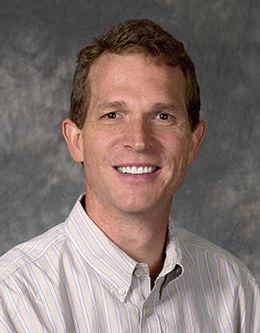 Lance Larsen (PhD, University of Houston) is the author of two poetry collections: Erasable Walls (1998) and In All Their Animal Brilliance (2005), the latter of which won the Tampa Review Prize and three other awards. His poems have appeared in many publications. He also some­times publishes essays, including a piece that appeared in Quarterly West and that was later designated a notable essay in Best American Essays 2005.
A professor of English at BYU, in 2005 Dr. Larsen co-directed a semester-long study abroad program in London where he taught English literature and creative nonfiction. He currently serves as associate chair of the English Department, as the poetry editor of Literature and Belief, and he regularly teaches courses in poetry, creative writing, the short story, and American lit­erature. Larsen has served on the Literary Arts Advisory Panel for both individual and organizational grants for the Utah Arts Council. Former poetry editor of Gulf Coast, he has received fellowships and awards from The Cultural Arts Council of Houston, the Joseph Campbell Society, Sewanee, Writers at Work, and most recently the National Endowment for the Arts (2007).
Lance Larsen lives in Springville, Utah, with his wife, Jacqui (a painter and mixed‑media artist), and their four children.

Coaxing the Muse: Thoughts on the Creative Process