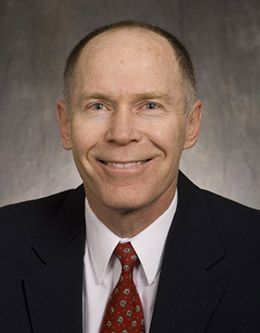 Larry Tucker grew up in Southern California and graduated from high school in San Luis Obispo. He was not a member of the Church but attended BYU on a football scholarship. While studying at BYU he learned about the gospel, gained a testimony, and was baptized. He graduated from BYU with a bachelor’s degree in exercise science and then a master’s degree in health science.

After receiving his PhD from Southern Illinois University, Dr. Tucker began his career as a professor at New Mexico State University for two years. He then moved with his family to the South, where he taught at Auburn University for five years.

Dr. Tucker has been a professor at BYU for the past 25 years. He enjoys both teaching and researching in the areas of obesity and weight management and lifestyle medicine. He met his wife, Diane, at BYU. They have five children—four sons and a daughter—and four grandsons.

The Human Body: A Gift and a Responsibility