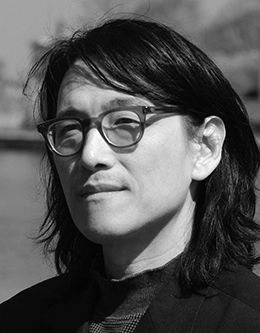 Li-Young Lee is an internationally known, frequently anthologized, and widely respected contemporary poet who draws on his heritage and experiences for inspiration in his written works. Early on in his life, he gained firsthand exposure to exile, political uprising, and migration; these themes have inspired his love of and development in writing.
Lee was born in 1957 in Djakarta, Indonesia, to Chinese political exiles who had fled the country to escape communist authorities of the Sukarno regime. Both of his parents came from powerful positions: Lee’s father had been the personal physician to Mao Zedong, a Chinese communist revolutionary who was the founding father of the People’s Republic of China, and his maternal grandfather was the first president of the Republic of China. Anti-Chinese sentiment in Indonesia led to Lee’s father being held as a political prisoner for one year, and, after his release, the family fled Indonesia, traveling throughout the Asian continent before arriving in the United States in 1964.

Lee’s father became a Presbyterian minister in Pennsylvania, and he often read to his young son. Lee’s love of writing, however, did not blossom until he attended the University of Pittsburgh, where, inspired by his father’s passion for his own occupation, Lee decided to dive headfirst into the art of poetry. Though he initially found it difficult to communicate in English, his very first collection, Rose, won the Delmore Schwartz Memorial Poetry Award from New York University. He has won numerous poetry awards for his subsequent pieces of work, including the Whiting Award, the Lamont Poetry Selection, and the American Book Award. He has received grants from the Illinois Arts Council, the Commonwealth of Pennsylvania, and Pennsylvania Council on the Arts. In 2011, his poem “A Story” was featured in the free response section of the AP English Literature and Composition exam.
Li-Young Lee describes himself, in part, as a Christian writer, a writer con­cerned with spiritual themes, social ethics, and personal/familial responsibility, all of which are addressed in objective, careful and often complex—but always affirma­tive and productive—ways in his poetry and public speaking. He has written three books of poetry: Rose, The City in Which I Love You, and Book of My Nights. Lee has also written an influential prose memoir, The Winged Seed: A Remembrance. Lee’s poems contain themes influenced by his family history, his childhood, and the classic Chinese poets Du Fu and Li Bai. He has often contemplated the human connection to the godhead and has said that he considers every poem to be a “descendent of God” and a “score for the human voice.” In his presentation at BYU, Lee stated that poetry’s gift lies in its ability to “pack so much into such a little space.” His work is studied in colleges and universities worldwide, and he continues to be an influential literary presence.
Lee currently lives in Chicago with his wife and sons.