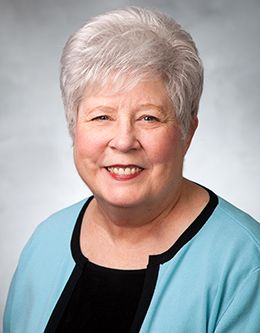 Sister Lynn Clark Callister earned her bachelor’s degree in nursing from BYU, her master’s degree in maternal/child nursing from Wichita State University, and her PhD in parent/child nursing from the University of Utah. In 1988 she joined the faculty at BYU, where she has taught women’s health and maternal/newborn nursing. She also served as associate dean of curriculum in the College of Nursing.
Dr. Callister was also an adjunct profes­sor in the College of Religious Education. She received numerous awards in nursing education and for her research, which was focused on the cultural and spiritual meanings of childbirth. Her findings have been presented and published internationally.
Sister Callister served as stake Relief Society president for several years in both the Kansas Wichita Stake and the Provo Sharon East Stake. She has served in a variety of other Church callings, including on the advisory board for LDS Social Services and on the Kansas Commission on the Status of Women. She also served as a member of the General Women’s Conference Committee.

“They That Wait upon the Lord”: Metaphor and Meaning