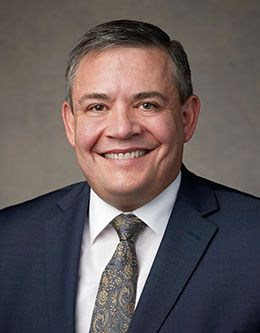 Brother M. Joseph Brough was born in Salt Lake City and grew up in Farmington, Utah, and Robertson, Wyoming. Eventually his father, Monte J. Brough, was called to preside over the Minnesota Minneapolis Mission. This calling took their family north until Joseph was a senior in high school. He decided not to return to high school and instead enrolled in Weber State University. While he attended his first year of college, Brother Brough finished his last year of seminary. It was then that he met his future wife, Emily. The two were married in April 1985 and are the happy parents of four children.

Prior to their marriage, Brother Brough served as a full-time missionary in the Guatemala Quetzaltenango Mission. His original call was to serve in Mexico, but his assignment was changed when his visa did not come through. After his mission, he received a bachelor of arts  in finance and a master of business administration from the University of Utah. He built his career until he was called to serve as president of the Guatemala Guatemala City Central Mission. During his time as a mission president, his father passed away. Brother Brough’s testimony remained steady through this trial and he was able to help many missionaries through his experience. In 2015, he was called to be the second counselor in the general Young Men presidency. Now, he is an owner and vice president of a business headquartered in Brigham City, Utah.

In his address to BYU students, staff, and faculty given in April 2019, Brother Brough focused on what it means to be a “mighty modern woman of Israel” in our day. He supports and uplifts women as being central to God’s plan and shows examples of four distinct ways women can use their gifts to uplift and be disciples of Christ.

The Modern Mighty Women of Israel