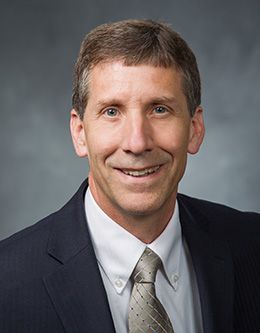 Michael A. Jensen received his BS and MS degrees in electrical engineering from Brigham Young University in 1990 and 1991, respectively, and his PhD in electrical engineering from the University of California, Los Angeles, in 1995. He joined the faculty in the Electrical and Computer Engineering Department in 1994 and is currently pro­fessor and dean.
His research and teaching interests include wireless and optical communications, micro­wave radar measurements, and circuit design for radio systems. In addition, he has taught the Book of Mormon as a religious education transfer professor since 2008.
Michael has been a visiting research faculty member at the University of California, Los Angeles, and the University of Lund, Sweden. He is cofounder of two start-up companies in Utah County whose products and ser­vices focus on wireless communi­cations and radar sensing.
He and his wife, Angela, have four children.

Our Life-Changing Partnership with the Spirit